Like most people, I was constantly admonished to “establish far-reaching ambitions”, “realize my self value” and “struggle to change my destiny” since I was a child. Full of fantasies about the future, I tirelessly strived for these goals. I had faith that all of my efforts would be rewarded one day. 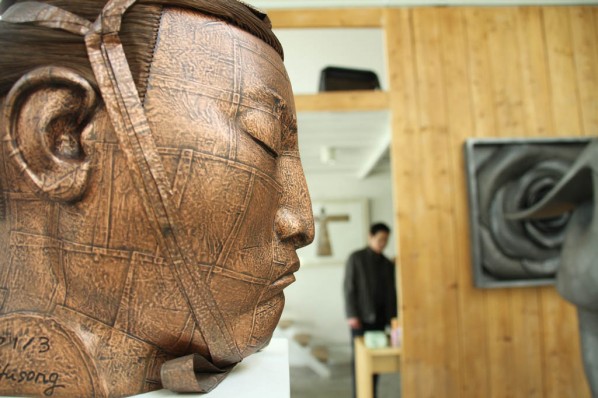 In a time of great social flux, where decades of social upheaval have contributed to a frequently contradictory cultural identity, Cai Zhisong’s sculpture looks back to the stability of the past. His is not a banal reiteration of Chinese history however, but a reaffirmation of the past and its relevance to contemporary times. Cai entitles his series ‘Motherland’, a word which is synonymous with pride and nationalism. As we shall see however, the themes in his work cannot be limited to one nation and are universal in nature.Whether figurative or not, an ongoing concern with time pervades all of Cai’s works and is coupled with an awareness of the change that accompanies it. What is of particular interest to the artist, however, is that which does not change; the unerring presence of human emotion, and in particular the existence of suffering.

In looking at Cai Zhisong’s warriors one is given an immediate impression of the hardship that they appear to endure, this being particularly evident when gazing at the nude figures in the ‘Ode’ series. We see their strong, physical bodies being slowly crushed by an intangible, indecipherable weight. This inner torment is something that relates to all of us, as Cai states: “Pain is universal, no matter who you are, everyone feels pain at some point.” This has, of course, held true throughout history, with external phenomena constantly changing, but the same emotions continuing to exist. Cai is acutely interested in the individual’s response to emotional pain and the way in which the intensity of the emotion varies depending upon the manner that one chooses to deal with it. Certain situations, without doubt will cause negative emotions, but Cai argues that it is necessary for one to realise that no one event can be held responsible. As he sees it, the cause of significant pain is a collection of small events that combine to become forceful enough to have an adverse effect upon the subject. It is possible, therefore, to dismantle the causes that precipitate pain and observe them not as a severe whole, but as a gradation of lesser events. When this has been achieved, and the causes have been fractioned and worked into their smallest possible components, the events, now seen in isolation, appear insignificant enough to seem nonexistent. When it is also remembered that situations in the world are never constant, it is possible to perceive these negative feelings as being irrelevant. This process, although possessing the potential to relieve suffering, is not, as Cai states, one which comes naturally to people, and as such, many allow their suffering to consume them. This occurs when pain is left unchecked. It perpetuates itself, continuing in an unrelenting cycle that becomes increasingly difficult to break free from and as this happens, we become further removed from the foundations of our distress and are left only with the negativity that it has engendered. We can see this state, this continual cycle of torment, represented in Cai’s warriors who, like many others, are trapped in an interminable state of suffering. 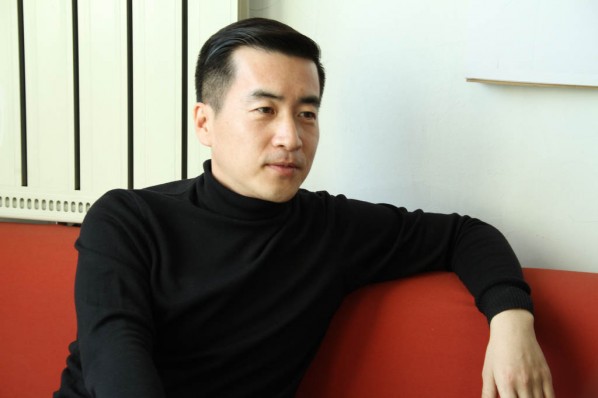 Cai has given these theories on pain and its nonexistence much time and consideration, incorporating his ideas into his work and continuing to explore the theme in his various forms. They are ideas which were briefly touched upon by Confucius, but Cai is careful not to portray himself as a philosopher. Rather, he puts his care and attention into his painstaking processes, creating compassionate works that capture the innate suffering of the world. Our observations of his insightful and visually striking sculptures leave one feeling emotionally affected and contemplative. These reactions are brought about in such a subtle and gentle manner however, that one is never quite sure what it is that has touched them. In his finely articulated works we see Cai proudly but sensitively continuing the legacy of an ancient Chinese culture, whilst also reminding us of the universal qualities that tie everyone and everything, including the past and the present, together. 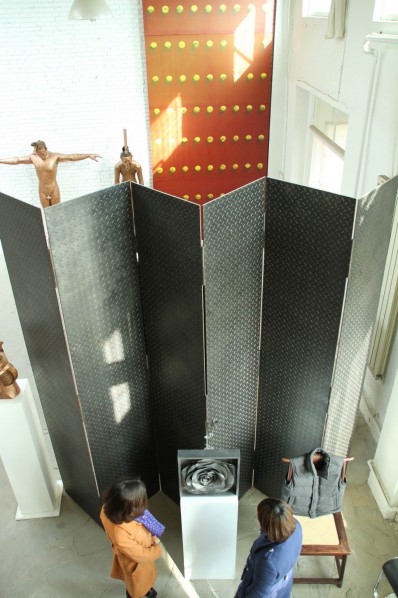 1998-2008 As a teacher of Central Academy of Fine Arts, Sculpture Department

Middle Space Between the World and Paradise, Chongqing, China

Celebrating the 55th Anniversary of the People’s Republic of China,

2001 Obtained the Taylor Prize at the Paris Autumn Salon

Museum of the China Centra Academy of Fine Arts