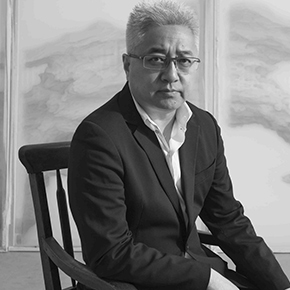 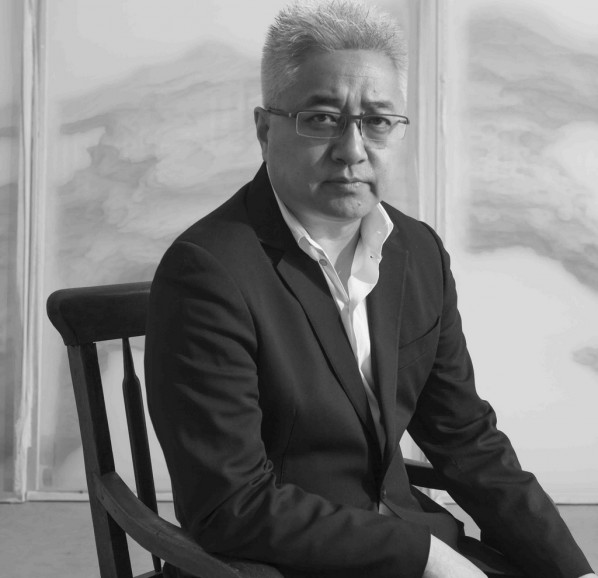 Over the past thirty years, experimental ink painting has gradually incorporated the twin agencies of materiality and the paint act, while new literati painting and urban ink painting seem to be seeking their breakthrough within the contemporary narrative. Compared to these practical and orthodox approaches, the gongbi brush technique that Xu Lei has frequently employed since the 1990’s is an area of Chinese painting that has been concealed during the reforms of the 20th century. In today’s art world, Xu represents a new and noticeable trend of using gongbitechnique as a source of artistic vocabulary. Such experimentation is an attempt to leave behind questions of ink and brushwork, to reintegrate elements dethroned by past experimental ink painting practices (e.g., color, space, and narrative) into contemporary expression, thereby opening a new thread of practice different from abstract experimental ink. Though Xu Lei does possess classical training in Chinese painting, it was not his avenue for entry into contemporary art. His younger years filled with revolutionary fervor, Xu Lei was once an organizer and participant in the Jiangsu Youth Art Week and Red Travels events. The art scene in those years was essentially an adolescence of the collective unconscious, full of passion but lacking any systemic organization of knowledge. Literariness and its close relatives, surrealism and existentialism, most appealed to many young New Wave artists. Xu Lei was no exception. His works “Transgressor,” featured in the 1989 China / Avant-Garde Exhibition, and “Heart and Lungs Normal” are prime examples of these trends. But unlike many other artists who distanced themselves from surrealist or existentialist narrative styles in the 1990’s, Xu Lei appears to have followed the path of literariness. For him, literariness is not so much a phase of his life as it is a part of his spiritual character. Although he did decide to distance himself from avant-garde art and its various dissatisfactions in the 1990’s, these facets of his character remained, sublimated into a bizarre panoply of imagery that would later become genetic material for his painting. Xu Lei’s identity as a participant in the 1985 New Wave movement has nearly been forgotten, but that participation does not inevitably invest his formally traditional art from that period with any special significance. It does, however, show that his choice to use Chinese ink brushes and traditional Xuanzhi scroll paper was a conscious decision based on the process of departure. Today, examining the artist in the context of ink painting, that conscious choice is rich with implication. This was particularly the case in the 1990’s, when artistic culture was obsessed with the avant-garde and intervention into reality. In light of Xu Lei’s revolutionary fervor in his youth, his choice to return to traditional media raised quite a few eyebrows among his former “comrades.” Xu Lei offers this explanation. “Change can move forwards or backwards. Moving backwards is not conservatism or a retreat, but a retracing and reviving of valuable points of departure in history. You could compare it to the rearview mirror on a forward-moving car; it is an orientation towards the future.” And his approach is simple and direct: “I paint using that most traditional medium, Chinese ‘cooked’ scroll paper, but I do not draw upon the familiar forms and vocabulary of traditional Chinese painting.” Technically, he mainly employs gongbi painting techniques of outlines, color application and ink wash. Compared to the haphazard, untrammelled furor of ink spreading across scroll paper so loved by experimentalists, the new literati school, and urban ink painters, “cooked” scroll paper is characterized by an unhurried reserve. It provides the artist the possibility of rational depiction, while also radiating cultural awareness. Actually, Xu Lei was not the only one to depart from the avant-garde. Li Xianting’s criticism of the 1989 China / Avant-Garde Exhibition as the “curtain call for New Wave Art” foreshadowed the reexamination of modernism and the avant-garde soon to come in the 1990’s. Every artist used her own conception of the avant-garde and the New Wave Movement to arrive at a different reassessment. This reflection on the 1980’s engendered a sense of meaninglessness among the cynical realists and the new literati school, and induced the anti-metaphysical character of the New Generation. Xu Lei did turn his back on the extremism, collectivism and essentialism of the avant-garde movement, but as a former participant in the New Wave, he also instinctively rejected the new literati senselessness that he saw as merely a self-defeating distraction from failed revolutionary aspirations. When the new literati painting emerged in the early 1990’s, Xu began to use his own methods to reflect upon decadence and nihilism. If we consider new literati painting as relying on the carnal experience of the physical body as its main method of investigation, Xu instead hoped to scrutinize this decadence and nihilism from the perspective of the spirit. And so it was quite natural that his work would continue to echo the unique concerns of the angry youth of the 1980’s, focusing on memory, history, spirituality, and related conceptual imagery.

Currently at the China Academy of Arts, Editor-in-chief of “Classics”

Journey of Life: Painting Exhibition Act One, Museum of Nanjing University of the Arts, Nanjing 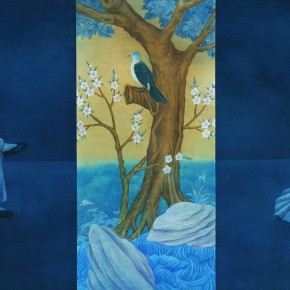