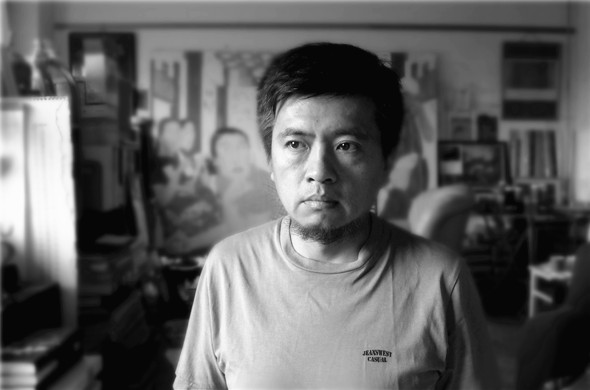 Creation is First a Commemoration of Oneself

In 20 years, I established a relationship between my independent thinking and artistic expression. It is an extremely slow process, just like evolution. During this period, there were many possible moments to simplify it, e.g. by entering into the creation of another painting style. I once took the possibility, but eventually I gave up. Gradually, I believe that art has been growing into my life, or say projecting my life experience as an unknown action.

I resumed to the realistic language from the previous expressionistic style, since to express more requires the simple and plain way of painting.

Painting is something left by observation. I fixed my eyes on the remaining memory from the observation, to discuss over how an individual should understand the visual change.

Gazing at old photos is just like looking down into the well from its mouth; and is just like throwing a stone into the water, but cannot touch the bottom.

A painter is actually an observer, but not all painters are good observers, since drawing what you have observed requires very complicated visual logic and patience. The said visual logic means where do you put the audience, why the screen in the cinema is a horizontal rectangular, why do we choose the location when buying movie ticket? Everything is for observation, or even for forgetting about the observation, so as to integrate into a “movie.” In this sense, observation belongs to painting.

The sense of story telling in my paintings came from the replayed quarreling deep in human heart. By the common sense of difficulty in identifying other’s intension through their behaviors in daily life, the paintings gave their voices. When I considered the psychic relations between different figures in creation, I was involved into the re-memorization and review of the logic of life.

To set up a psychic field for landscape, is to empower the painting with the ability of resistance to being comprehended.

Walter Benjamin found that urban residents’ eyes were playing the heavy duty of guarding. What do you guard from? Guarding from eye contact with others--the burden in crowd. I often prefer to depict the eye contacts, which may bring the sense of warmth, and the sense of transience caused by human return from generic state to instinctive.

Those paintings were finished almost with no draft, but only with some brief sketches. I cannot foresee the possible location of the images in my imagination on my canvas, but I can clearly know when it is properly positioned. Such kind of beginning for an explorative trial often excited me.

An uncertain image may break the consistency, or deliberate struggling forward without correct meaning, may produce a totally different thing. On the canvas, a properly established relationship between two colors will trigger off unwakened visualization, or even social memory, which may endow the painting with a brand new nature.

Human’s facial expressions do not need any explanation. With hands, face, mouth and shoulder, and of course, eyes, any complicated meaning can be precisely expressed.

Continuous and efficient details may lift the whole painting up to a higher level.

In Qingzhou Museum of Shandong, I saw a group of newly-found pottery figurines unearthed from the Han Dynasty Tombs on Mount Xiangshan. From the white-and-black eyes of the figurines, I suddenly felt Chinese people’s comprehension of themselves at 2,000 years ago. Their eyes reflect their deep inside, looking at me timidly, which make me feel that they are the man passed by the door just now.

My experience tells me to accurately deliver my individual feeling towards China in the painting, without any overstatement or understatement.

The backgrounds of those paintings were all set as Beijing: The scenes in drama.

Figure and landscape were given with a historical relationship.

Strictly speaking, I hardly deal with any private space, since public space is usually of greater tension. The demonstration of the sense of space creates the sense of compression, as if people are staying in an unavoidable environment, with untellable relationship between each other. When considering about today’s air, it seems that breathing is harmful, too.

Creation is first a commemoration of oneself.

1983 Studied in the Department of Dyeing and Weaving of Beijing Arts & Crafts School.

1989 Enrolled by No. 2 Studio under the Department of Oil Painting of the Central Academy of Fine Arts.

1993 Graduated from the Department of Oil Painting of the Central Academy of Fine Arts and taught there.

Up to now Worked as the Associate Professor and Master Tutor in the Department of Oil Painting of the Central Academy of Fine Arts.

2013 From Beijing--An Exhibition for Teachers in the Department of Oil Painting of CAFA, New York Academy of Art, New York

2010 Modeling--An Exhibition for Teachers in the Department of Fine Art of the CAFA, CAFA Art Museum, Beijing.

1995 The Exhibition for Teachers in the Department of Oil Painting of CAFA, the National Art Museum of China, Beijing.

2002 Published the book of Random Scrawling.

The Death of Lu Xun and The Palace of Earthly Tranquil were collected by CAFA Art Museum. 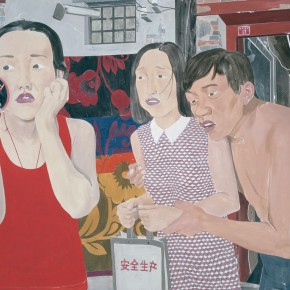 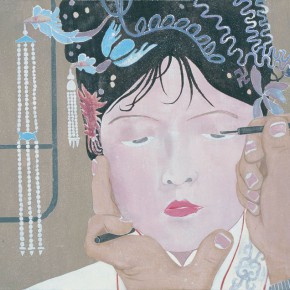 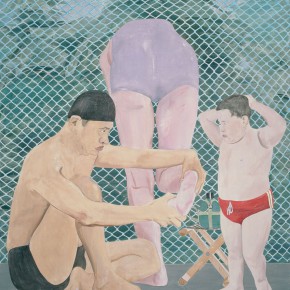 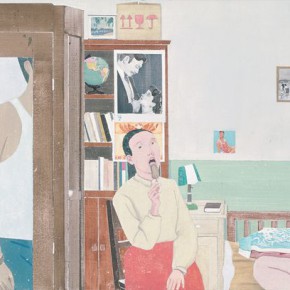