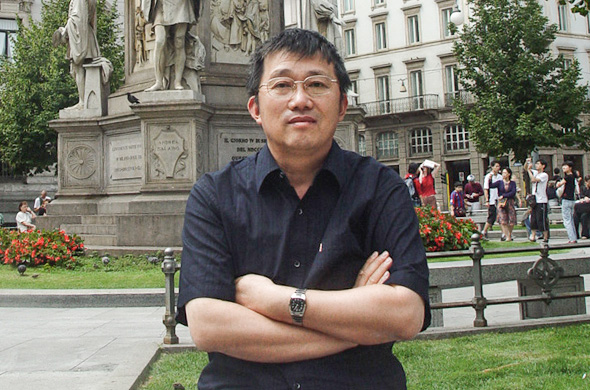 Cui Xiaodong was born in Qiqihar, Heilongjiang Province though his ancestral home was Yangzhou, Jiangsu Province. Cui Xiaodong graduated from the Department of Traditional Chinese Painting, CAFA in 1988 with a Master’s degree. Currently he is a professor of CAFA, Director of Yanhuang Art Museum.

With a profound traditional foundation in painting, Cui Xiaodong’s landscape painting is the combination of the tradition of Chinese painting and modern people’s aesthetic consciousness and the spirit of the age, he creates a dignified and vigorous, natural and fresh style of landscape painting, he is a representative of contemporary Chinese painting and has an important status in this field. His works are collected by the National Museum of China, CAFA, National Art Museum of China, The Great Hall of the People, Zhongnanhai Central Government Compound as well as in individual collections at home and abroad. He has published more than 30 books and individual workscatalogues.

Reviews on His Art

Cui Xiaodong is a landscape painter with a unique style. His paintings have the following features: firstly they are plain. Cui’s paintings use a plain expressive way to tell and present inner feelings. Secondly, there is the beauty of “complex”. The composition of Cui’s landscape paintings are“full”, brush and ink as well as“complex” and “numerous”, but he is good at seeking changes, unification and entirety in the complex. The general visual effect of his paintings is simple, easy to be grasped by the audience at first glance. Reading the details of his paintings, often spectators are attracted by the rhythm and beat presented through the complicated language. Thirdly, it is steady. The plain and complex language certainly forms a steady artistic feeling. The majority of Cui’s paintings are themed on northern landscapes, range upon range of mountains, thick and dense, with solid and steady objects, but they are not cold and severe instead they contain a soft and tender feeling. It is determined by the intrinsic aesthetic ideal of the artist, and also a reflection of his personality and temperament.

In recent years, Cui has retained the realistic artistic feature, but his composition, brush and ink pursue the features of Yuan Dynasty instead of the previous pursuit of the Ming and Qing Dynasties, it is a style of “light and thick, solid and clear”, tending to be a quietly elegant and clean realm, creating a spiritual home which is yearned for by all the people in the post-industrial era.

His paintings are of rich content, seen from two aspects, on the one hand, his brush and ink is very rich and luxuriant, making the mountains appear sumptuous with his brush. On the other hand, he puts his profound spirit into the whole process of the description. It reveals the subtle description, leisurely, but it interlocks and is endless.

Cui Xiaodong is a sincere person and paints sincerely, instead of courting people’s favor with a shocking revelation.

It is hard to see the description of water in Cui Xiaodong’s landscape paintings, instead he uses seemingly plain brushes and inks to paint the layer upon layer of mountains, which don’t leave any gaps. This brush style ignores the creationof space and refuses to use modern design ideas to create a spatial intuition, or leaves some space for people to imagine, instead he does nothing except paint, pulling various mountains in front of the artist, if using Western ideas to analyze it, his paintings do not create a three-dimensional illusion, but pursue the flatness for painting, his mountains are standing in front of you.

How does Cui Xiaodong conduct the contemporary construction of Chinese landscape painting?

In order to have a contemporary construction, firstly he changes the space into two dimensions, allowing the landscapes in nature to be flat, so the shaping with the use of brush and ink is more concise, bright, and filled with the feeling of modern composition, as well as the contemporary aesthetic affinity. It is worth noting that the painter uses both cavalier perspective and focus perspective in the composition. He uses cavalier perspective to construct the trend of the mountain, but the overall feeling of the painting is of a focus perspective. Secondly, it is shaped by vertically cutting, using the style of ruler painting. Thirdly, it uses completely the composition of Western painting, to strengthen the performance of color. Fourthly, it is the perspective of the public with humanistic care and a contemporary consciousness so as to pay attention to reality.

An Excerpt from Zhang Xiaojun: On the Contemporary Construction of Cui Xiaodong’s Chinese Landscape Painting

In the book “Xiaoshan Model Book for Painting” by Zou Yigui of Qing Dynasty, it points out the 6 statuses which must be avoided, including “firstly tacky, which is like a made-up village woman,” meaning it is heavily decorated; secondly customers-want, being technical but lack of lasting appeal; thirdly internal heat, with exposed tips of the writing brush; fourthly the illegible writing, which is too rough and a scrawl, rarely elegant; fifthly, woman’s style, which is slim and weak, lack of moral integrity; sixthly absurdly using black, revealing the ignorance and falsenessandit is an unbearable evil.

Yun Shouping of Qing Dynasty said that, in order to create a clever, smooth work, integrated spirit and intrinsic energy, even a work formed by nature, contains endless meaning, all of these were created by the virtual brush and only virtual brushes could reach such a realm.

I believe that the good ink is in the use of exposed brush works, and if there is not any technique in writing, the ink is lacking in spirit.

It is necessary to powerfully to move a writing brush. The so-called penetrating into paper is the primary factor for the moving of the writing brush.

While one quickly paints, the brushwork will be slippery instead of penetrating into paper, while when one paints too slow the ink will be stagnated instead of creating natural and smooth brushworks, so it is necessary to control the speed, to steadily keep moving a writing brush, and it is inevitable to pay attention to grasp the rhythm to move the writing brush.

The use of the tip of a writing brush depends on the individual temperature and hobby, on the other hand, it depends on the requirement of the depicted subject, for example, to paint landscape, the tip of the writing brush is used in some parts, such as trees, houses, stones, etc., while the side tip of writing brush is used in the part including the depicting of a sharp cliff, wrinkle method, and it welcomes the changes of brushwork, combining the tip of brush work and the side tip in a line. All in all, the tip of the writing brush should be flexible, to be skillful in using various styles of brushwork, to enrich the changes of the painting.

An Excerpt from Cui Xiaodong: About the Use of Brush in Traditional Chinese Painting – Informal Essay Written after Reading Books 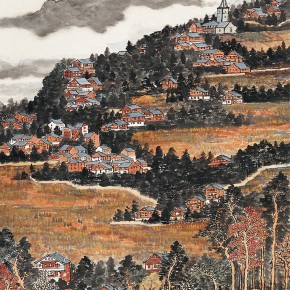 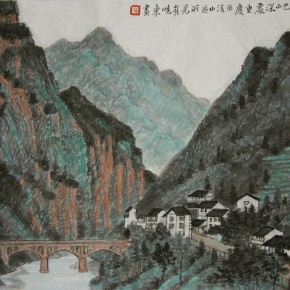 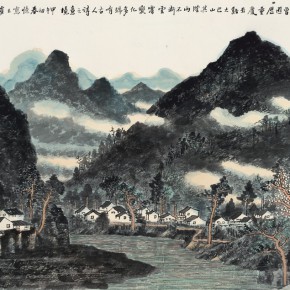 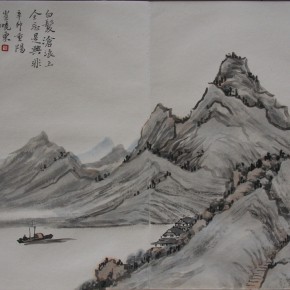 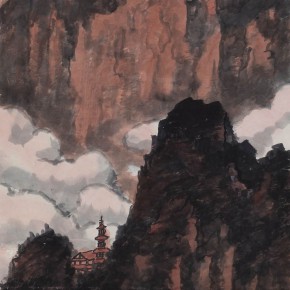 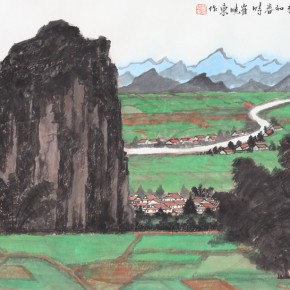 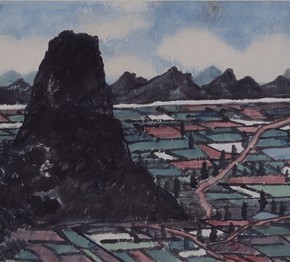 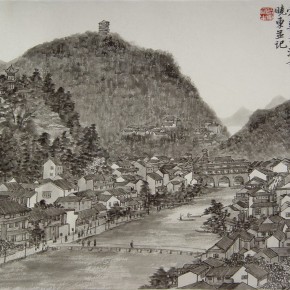 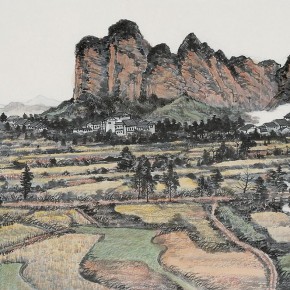 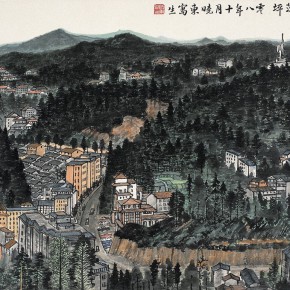 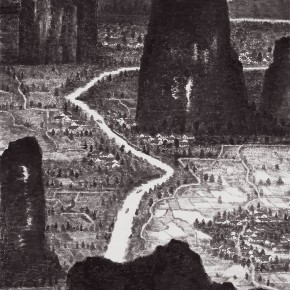 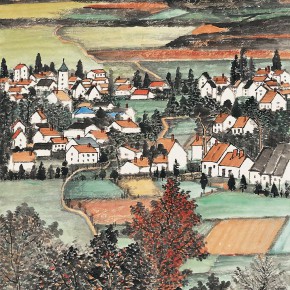 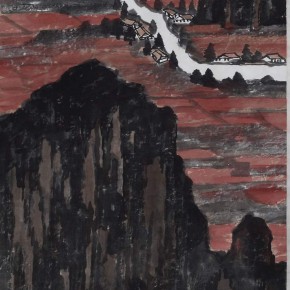 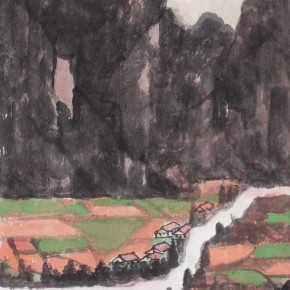 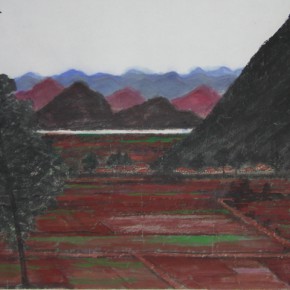 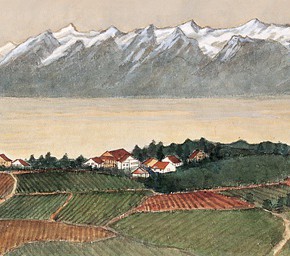 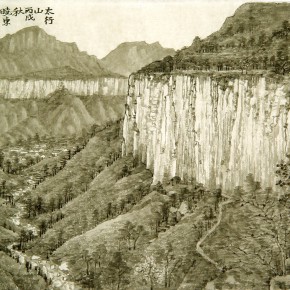 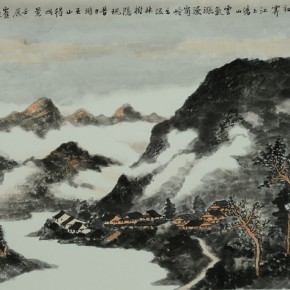 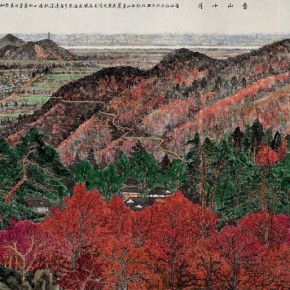 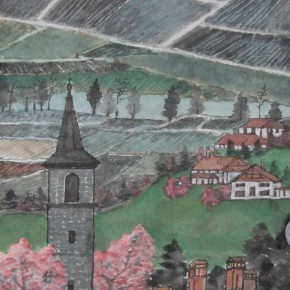 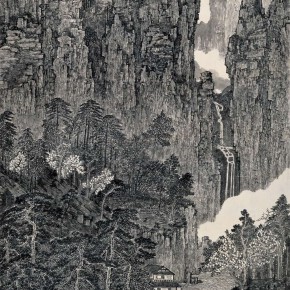 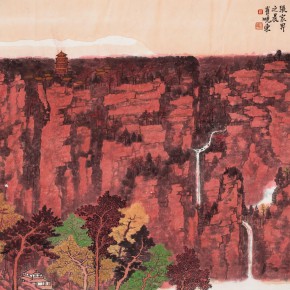