Born in Guangdong Province in January 1971, Qiu Ting studied in the Department of Chinese Painting at the China Academy of Art, majored in Landscape Painting, gaining a bachelor degree, from September 1992 to July 1996, and studied for a masters degree from September 1997 to July 2000; he then graduated from the Academy of Arts & Design, Tsinghua University after gaining a doctorate from September 2000 to January 2004; since 2004 to today, he has taught at CAFA as an associate professor. His works have been included in a variety of exhibitions at home and abroad and collected by many art organizations, including the Palace Museum, National Art Museum of China, Boston Museum of Fine Arts, Toronto Museum (Canada), Brittany City Federal Committee (France), Zhejiang Art Museum, Guangdong Museum of Art, Shenzhen Art Museum, CAFA, China Academy of Art, Tsinghua University, Jingxi Hotel, etc.

The published monographs include “Interpretation of the Techniques of Mountains-and-Waters Painting in Brush and Ink”, “Study of the Landscape of the Mountains-and-Waters Painting in the Dong Dynasty”, “Review of the Techniques of All the Famous Paintings from the Past Dynasties”, “Crying Deer Amid Maples”, “ A Collection of the Technology of the Past Dynasties – the Way of Clouds and Water”, “Palaces, Boats and Bridges”, “Characters in the Scenery”, “Contemporary Chinese Artists Talk About Art – Qiu Ting”, the catalogue “Qiu Ting’s Sketches of Landscape”, “Masterpieces of Chinese Ink Painting – Qiu Ting”, “Living in Qiu Garden to Preserve Nature”, “Clouds and a Creek”, “Mountains and Water in the Yuan Dynasty”, “Qiu Ting’s Sketches in Wuyuan”, “Living in Qiu Garden to Preserve Nature – Sketches in Guilin and Huangyao”, “Eyes of Landscapes”, etc., among “Interpretation of the Techniques of Mountains-and-Water Paintings in Brush and Ink” is identified as the professional teaching material by 10 universities and colleges of art across the country.

May, 2015 South & North – the Exhibition of Landscape Paintings, National Center for the Performing Arts, Beijing

November, 2014 Mountain and Flowing Water - the Exhibition of Chinese Landscape Paintings, Art Museum of Nanjing University of the Arts, Nanjing

October, 2014 In the Name of Nature – Landscape Paintings and Ink Paintings Invitational Exhibition, Art Museum of Nanjing University of the Arts, Nanjing

June, 2011 Invited to had a lecture of Chinese ink painting in Provence in the South of the France

October, 2010 “Painting for China” the Exhibition for the Teachers from the School of Chinese Painting, CAFA, National Art Museum of China, Beijing

January, 2009 The professional course “The Way to Draw Trees and Stones” was named the selected course by CAFA

October – November, 2007 Invited to America to have a special academic lecture by the Museum of Fine Arts, Boston

May-June, 2006 Invited to sketch in France by Sino-EU Economic Exchange Commission, Brittany Tourism Administration, France, and had a touring exhibition in France

July, 2005 Nature and Man - the 2nd Contemporary Chinese Landscape Painting and Oil Painting of Landscape Exhibition and Academic Conference, the work “Sunny Day After the End of Snow” won the excellent award

September, 2004 Participated in the “Image and Survival” Shanghai Biennale and Academic Seminar 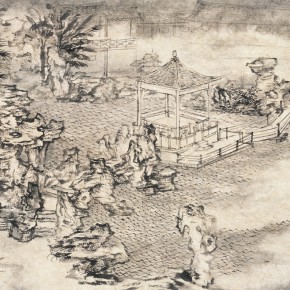 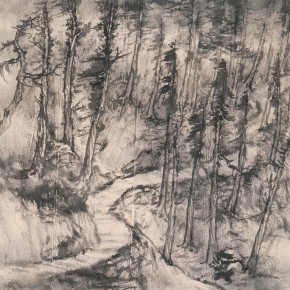 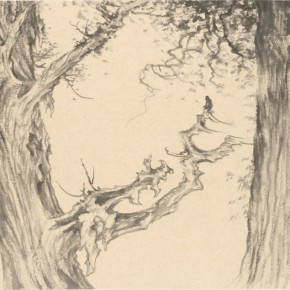 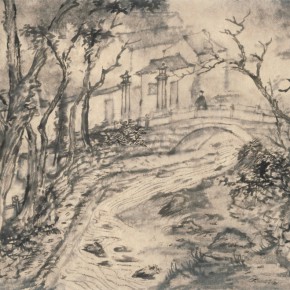 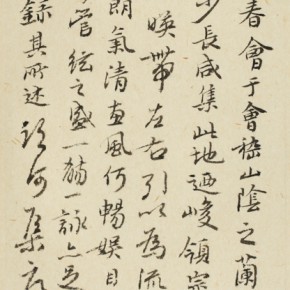 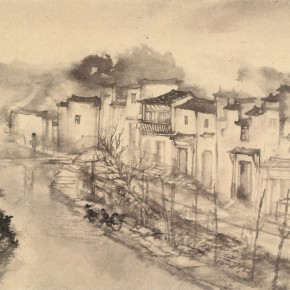 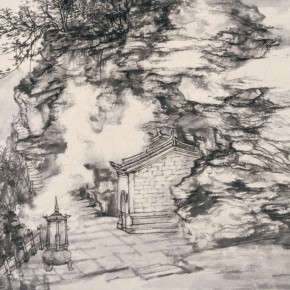 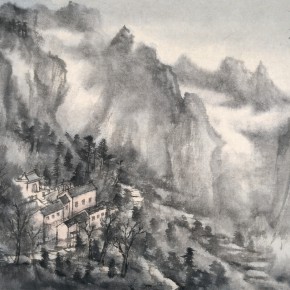 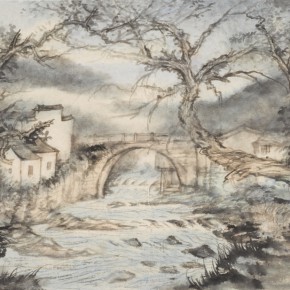 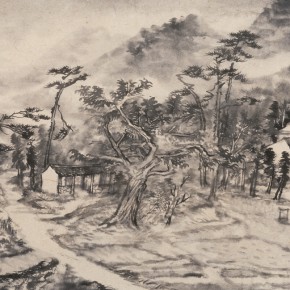 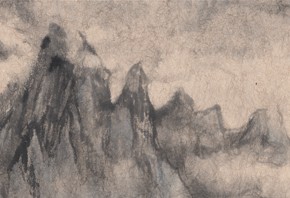 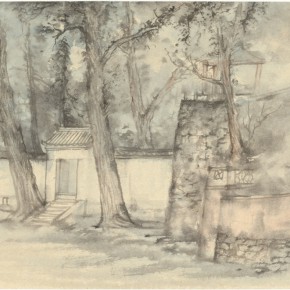 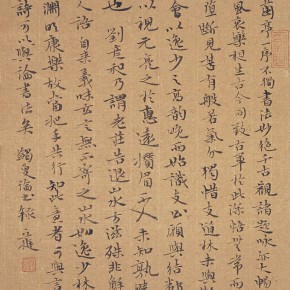 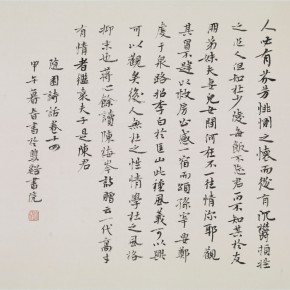 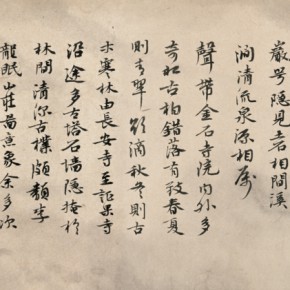 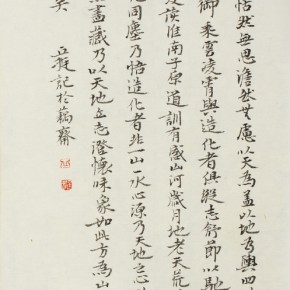 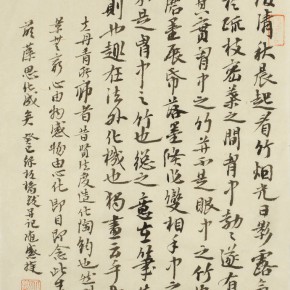 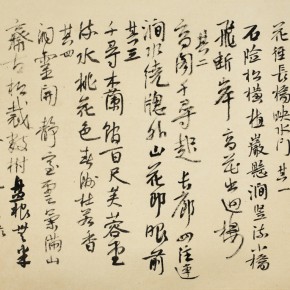 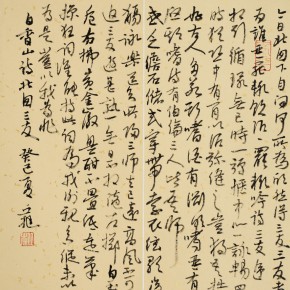 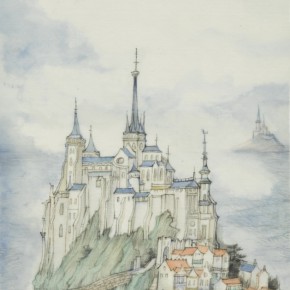 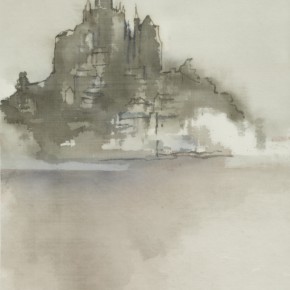 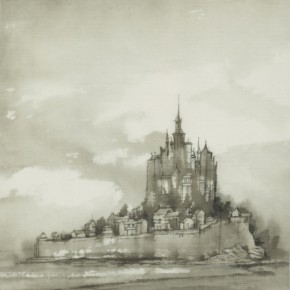 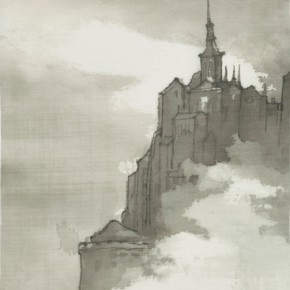 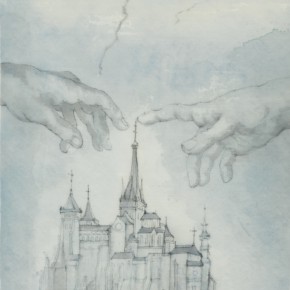 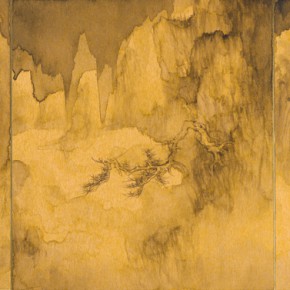 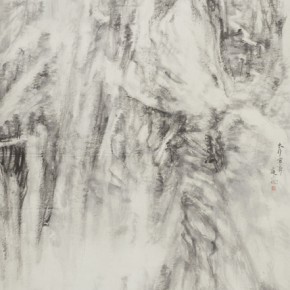