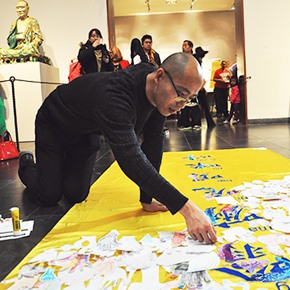 As an artist with an highly creative and philosophical thought process, over the years, Wu Jian’an has been thinking and exploring new ways, to bring the radical aesthetics and cultural attitude that is embodied in contemporary art to the endangered Chinese folk art tradition. Wu, with his unique approach, seeks to search and present how contemporary issues internally connect to Chinese and Western ancient mythology and history; traditional philosophical concepts and methods for creating images over generations. Wu’s thinking and exploration, on the one hand, has facilitated the evolution of his personal style, not only creating a brand new mode of expression that is completely different from what’s prevailing in Chinese contemporary art, but also produced a prospect that is highly distinct and inspirational. On the other hand, Wu has also endowed the ancient culture and traditions with a new vitality, which makes him an outstanding representative in the field of contemporary art, with a focus on the transformation and innovation of traditional resources.

Wu Jian’an was born in Beijing in 1980, while his family was originally rooted in Jinshan, Shanghai. Wu graduated with a bachelor degree in Advertising, from the Communication University of China in 2002. He received a master’s degree from China Central Academy of Fine Arts (CAFA) in 2005 and has stayed in teaching since then. He is currently an associate professor and a graduate student supervisor in the Department of Experimental Art. He is also a member of the Experimental Art Committee of China Artists Association. Moreover, Wu works as a researcher at the Chinese Traditional Techniques Research and Preservation Center, at Prince Kung’s Palace Museum, under the Ministry of Culture in China.

Courtesy of the artist, translated by Miao Yinan and edited by Sue/CAFA ART INFO 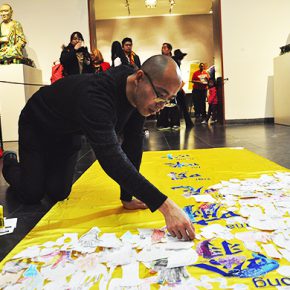