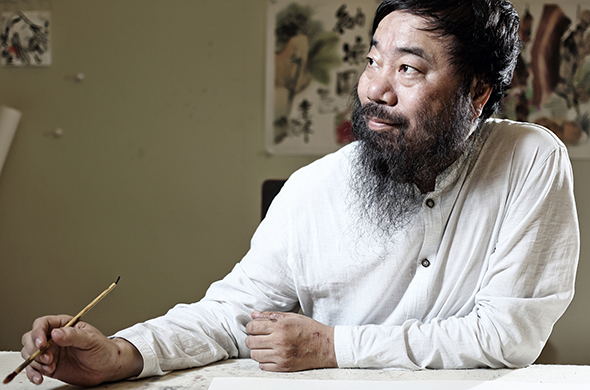 Li Jin is best known for his lush and colorful depictions of sensory pleasures in contemporary China. In his banquet scenes and anecdotal vignettes, voluptuous men and women are surrounded with food in various states of undress and sexual intimacy, but appear awkwardly out of place or spiritually vacant. Often portraits are of the artist himself, the figures suggest both playful self-amusement and reflective distance. Indeed, even at their most extravagant, Li Jin’s pleasure scenes are tinged with the melancholy of solitude and the unreality of a dream or a memory. Born in Tianjin, China in 1958, Li Jin graduated from the Chinese Painting Department of Tianjin Academy of Fine Arts in 1983. He is currently Associate Professor in the Chinese Painting Department of Tianjin Academy of Fine Arts. The artist lives and works in Tianjin, China.

—An excerpt from “Li Jin: The Doctrine of Daily Life”

“It is interesting that food is taken as the object portrayed by Li Jin. The braised pork head, the braised prawns, the steamed siniperca chuatsi, and the fried tender flower stalks, are considered as important as the four objects often performed in the literati paintings; a chicken drumstick, two radishes, three crab claws, and four garlic bulbs seem to have a spiritual dialogue with Li Jin. Delicious food must be placed in beautiful vessels, and Li Jin’s cups, plates, saucers, bowls, pots, spoons, chopsticks, and even hot pots, soup pots, teapots and wine glasses, which are the vessels that contain food, are more like things appreciated by a collector. The food daily eaten and the vessels daily seen and used are actors or actresses in Li’s paintings, to have a dialogue with Li Jin who is slightly drunk and ignorantly acting in life. They are speechless and appreciating each other.”

—An excerpt from “Li Xianting: The Desire for Food and Sex is Part of Human Nature - New Literati Painting Movement and Li Jin’s Works”

“The majority of works are thinly and lightly colored, smooth and slowly dyed, and are featured in thin and soft ink. The characters with dim expressions are neither ugly nor beautiful. Li skillfully or unskillfully runs a brush, and disorderly inscribes on his paintings. Some characters (such as a bearded man in the ‘Bathing’, and a man dressing in a Chinese tunic suit in the “Group Photo”), seem to be dull or idiotic, or humorous or funny, which are rarely seen in both traditional and contemporary Chinese paintings.”

“Li Jin appeared after postmodernism or modernism. Bad painting does not aim to seek a form but expresses a certain concept. Perhaps, it is an obscure and unconscious concept, or it might be a strategy. The paintings mirror the artist and his life. Also performance is art, and it is displayed for the audience, so that only the madman who does not care about the audience is able to unlimitedly perform on the stage. Painting is either created for the audience, or not. A painting is speechless, without the narrative communicated by words, it unconsciously communicates.”

—An excerpt from “Yi Ying: Bad Paintings by Li Jin”

“Although they face the same dilemma, the orientations of writing are different. If a potential sense of conflict is maintained in the ‘Cynical Realism’ and political reality, Li Jin’s expression has abandoned the last association with the ideological theme, deliberately returning to daily life, in which he seeks private pleasure. Although it seems that these subjects are trivial and about domestic trivialities, different social forms are demarcated depending on the level of democracy, to reach the universal situation of humanity, so that his works are more and more adored by many people”

—An excerpt from “Zhu Zhu: The World Can Be Played”

“Just as foods have human properties, the people in Li Jin’s paintings gradually begin to take on marked properties of food. He strives to paint his people as fat as possible. Their bodies are covered in flesh. The flesh is not a marker of sensuality, but instead the object of food. The flesh is full of naked fat, like the flesh of animals. They seem edible as well, especially the fat men and women in these paintings. Li Jin strives to depict the flesh on their bodies, the supple flesh of the nude women. These are truly naked bodies, telling us of all kinds of food and telling us of fat. It seems as if within this human flesh, we can see animal flesh, the flesh of the food from animals, meat to be eaten. Meat to be eaten is piled up to become the meat of the human body. This gives them the appearance of animals, not just animals as meat, but animals that cannot think deeply—animals never think deeply, simply eating until they are full, living for satiation. Only humans think deeply, and humans are never satisfied, always denying themselves.”

—An excerpt from “Wang Min’an: The Joy and Sorrow of Li Jin”

2005 The Difference Between You and Me, The Ian Potter Museum of Art, University of Melbourne, Australia 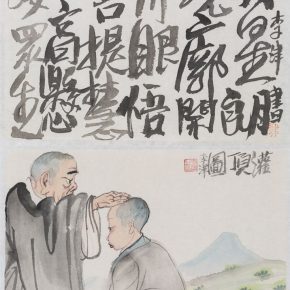 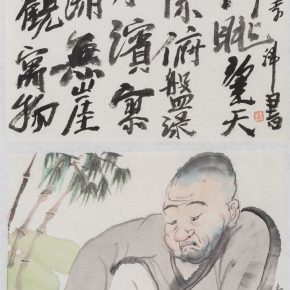 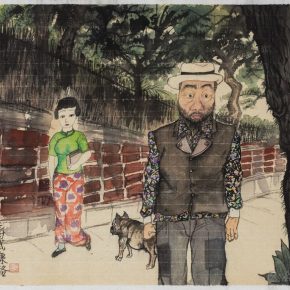 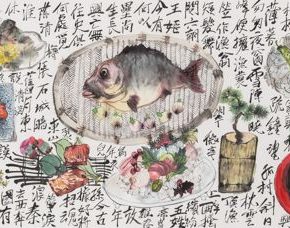 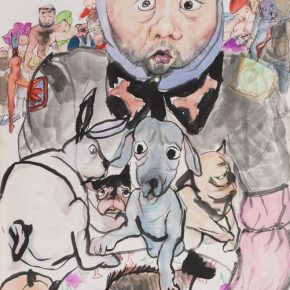 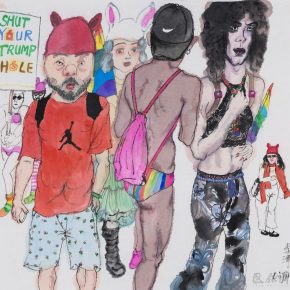 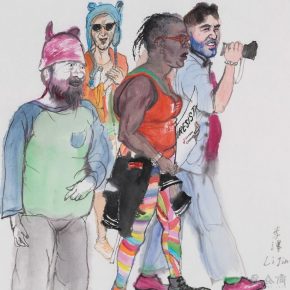 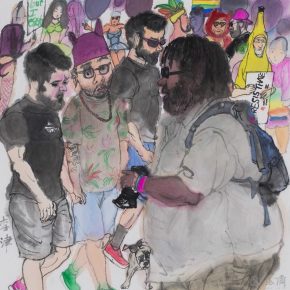 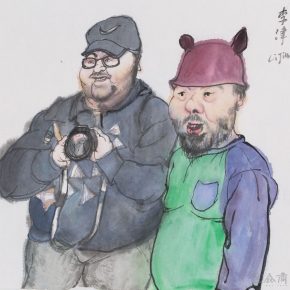 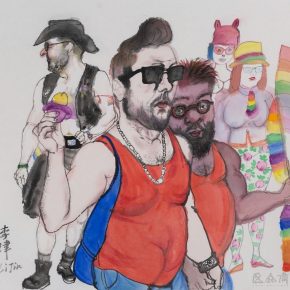 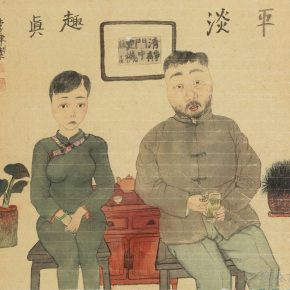 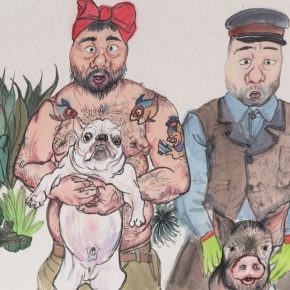 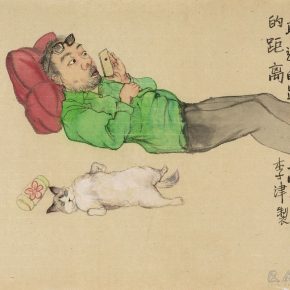 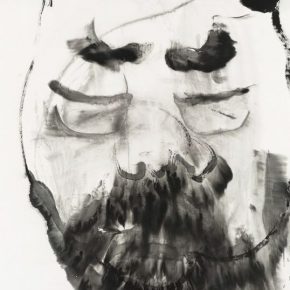 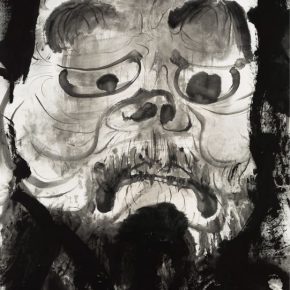 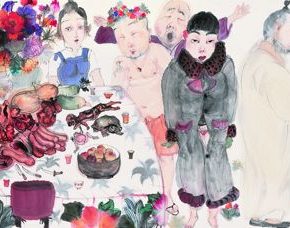 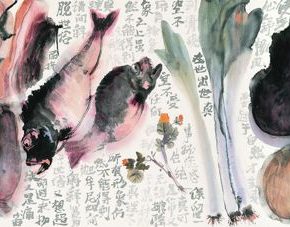 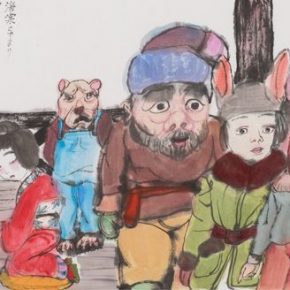 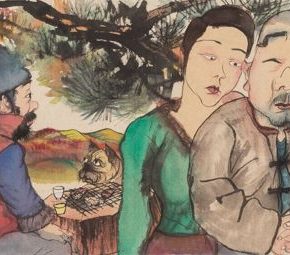 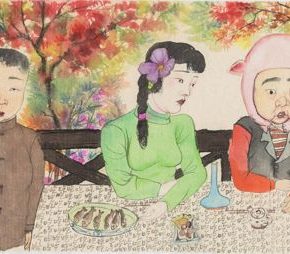 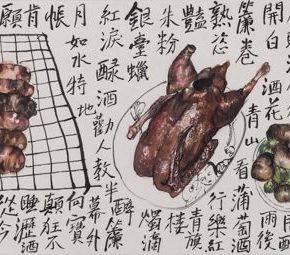 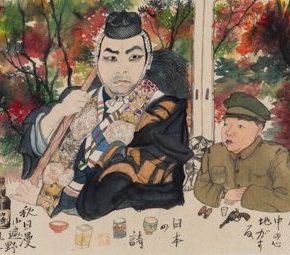 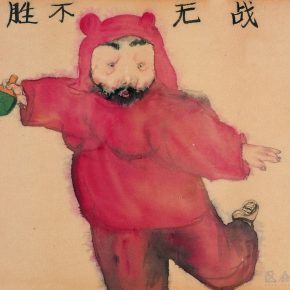 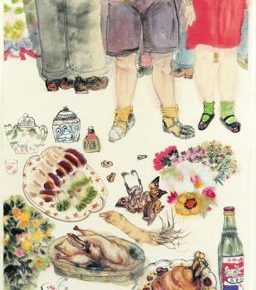 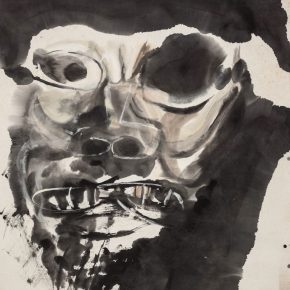 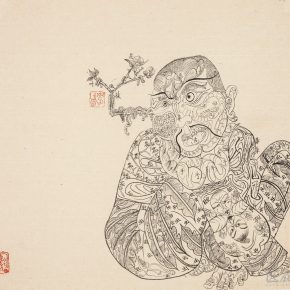 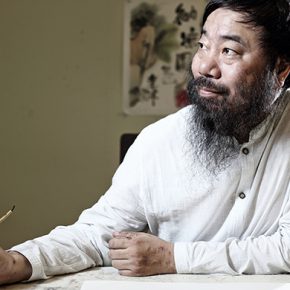