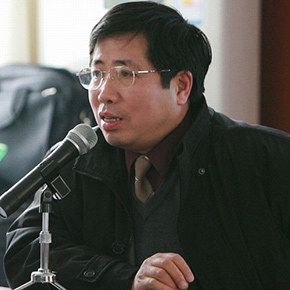 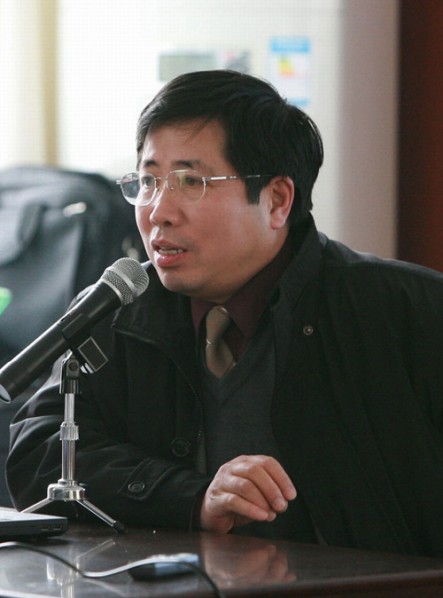 1982 Graduated from the Department of Fine Art of Hunan Normal University, with a Bachelor degree

1985 Graduated from Department of Art History of CAFA, with a Masters degree

Professor and Master Instructor of CAFA, a famous art historian and art critic

Currently serves as the director of the Editorial Department of the Journal of CAFA, Head of “Art Research” of CAFA, the Editor in Chief of “World Art” of CAFA

“The Confusion of Modernism and Our Choice” (1989)

“After Modernism and Chinese Contemporary Art” (1996)

The Crisis of Original Creation

There is a barrier in the development of oil painting in the 21st Century, but this is veiled by superficial prosperity, that is the market prosperity. It is hard to figure out which style of prosperity is promoted by the market. On the contrary, it is the market and collection that keeps the life of style living for a period after it is down. There are different reasons that lead to a style and a movement or even an art type decaying from prosperity. But there is a basic marker when there is a loss of the vigor of creation and the capability for self-evolution. A large number of real artists give up oil painting and others types of painting, making use of some artistic expressive ways as being without commercial and capital requirements. In contrast, currently oil painting is in a rather poor position.

In recent decades, there has been a change in Chinese art so that lots of Chinese elements are used in creations. Influenced by modern Western art in the 1980s, and especially the Chinese economy and culture that participates in the system of globalization in the 1990s, we can see a lot of Chinese elements emerging from the system of globalization which are considered to be a positive phenomenon. This is not a fact, and China is still controlled with a global division of labor. China is without a global dominant discourse, Western countries still dominate the world, i.e. the global culture, in contrary to the national cultures of the Third World. It reveals that the Chinese are not beyond traditional culture, nor beyond the main traditions of Western culture in the current cultural situation, but it is a complex situation with a lot of controversies. The Western culture still formulates the rule of global economy and the global culture, the Chinese economy is developing in accordance with their game, and is always impacted by them.

There are two sides to media reports and Western perspectives. Western art has supported Chinese contemporary artists since the 1990s, such as Zhang Xiaogang, Fang Lijun, etc. While on the other hand, Western art is concerned with Chinese traditional cultures including Chinese elements. It is a fault that Chinese culture has a strong increase, instead, it could intervene in the constraint of Western globalization. In order to enter the Western pattern of globalization, we have to manufacture Chinese products. The so-called Chinese element is the traditional Chinese culture, but not the current Chinese culture. Today, the Chinese elements overwhelm Chinese reality, artists are not concerned about reality, instead, they are looking for traditional cultural symbols, local cultural symbols to create art works. In fact, the most important thing is to practice the relationship of art and reality.