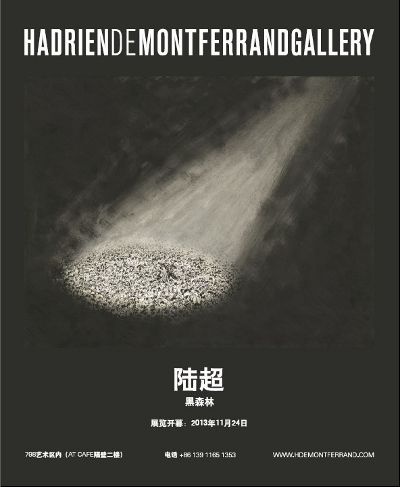 Born in Shenyang in 1988, Lu Chao graduated from the oil painting department of the Central Academy of Fine Arts in Beijing in 2012. He is currently studying at the Royal College of Art, London, U.K. and will graduate in 2014. He has exhibited in China and Europe. He now works in China and London.

I like to watch and depict live crowds; this allows me to observe myself and my life from another angle. Each time I look at a crowd, I see that everyone is different, unique, and at the same time so small and identical. I love crowds, I fear them and I am curious about the life of each member. When I observe and depict them, I wish I were a spectator; however, I am one of them and I can never escape that fact. Our current environment is brimming with people's desires, and through my art I try to capture this restless, helpless and confused mass of people. Sometimes, it is a bittersweet pill to swallow.

For the "Black Forest" series, Lu Chao was initially inspired by the crowds of people in the Beijing underground. Thereafter, he expanded the theme of crowds, constructing different stories intertwined with humor as he went along. He then concealed these stories behind a dark forest. 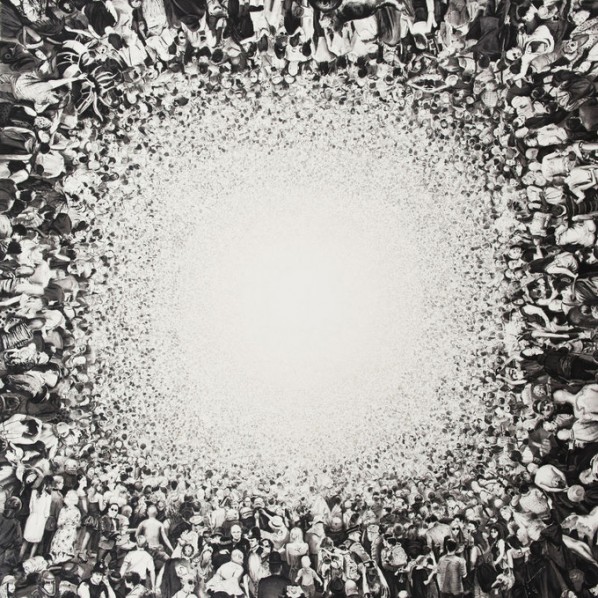 Lu Chao's character tends to be rational: he leads his life in a well-ordered way. His passion for Art lies behind the graceful loftiness from which he overlooks the world. In works inspired by the expanding population of China and of the world, he looks down on the masses, as if the enormous motley crowds of people were concentrated on a small map.

Lu Chao grew up at a time when China's social and economic environment improved; he received a comprehensive artistic education since his childhood and he still studies in the United Kingdom. This background distanced him from the universal angst shared by the older generation of artists who formed the Chinese avant-garde. His Art doesn't simply allow him to express his angst; but his refinement naturally transpires through it. Thanks to his outstanding painterly skills, he has astonishingly integrated an expanding world into his own complex and personalized patterns. His works pave the way for a new trend: a road to freedom for a new generation of sophisticated young artists. 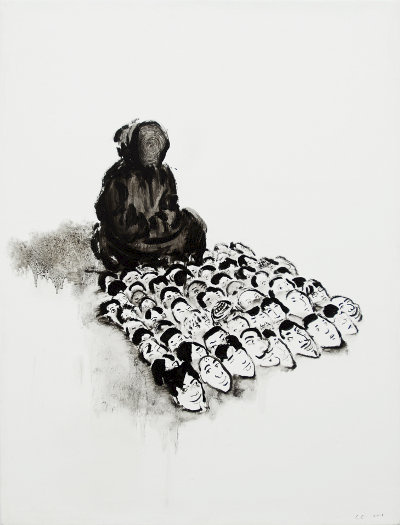 Add: 798 Art District, Next to At Café, Beijing, China

Courtesy of the artist and Hadrien de Montferrand Gallery.