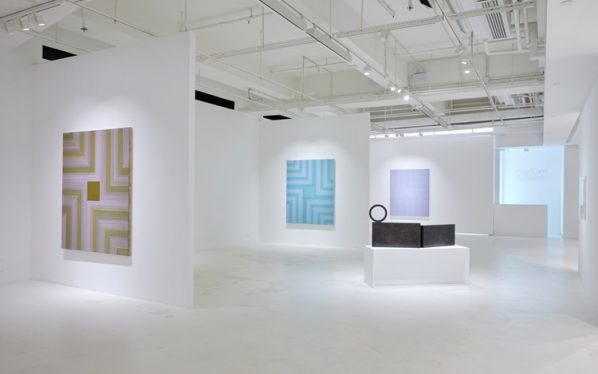 The exhibition title takes its inspiration from traditional astrological systems that chart the movement of the moon. Quarters refers to the four main phases of the moon: New Moon, First Quarter, Full Moon, and Third Quarter. These quarters are further divided into 28 lunar houses, which are individual segments of the ecliptic through which the Moon orbits around the Earth. Peri states his intention, “Quarters here refers both to the abstract act of division, which involves a certain violence, and also to quarters meaning a space where humans can dwell. The intersection of these two meanings interests me.”

Using a combination of marker pen and spray paint, the “House” paintings are structured into four sections with rhythmic bands that are determined by a set of processes that in each painting is

specific to one of the 28 houses. The placement of each line is originally determined by the empty square in the centre, and the composition is completed by following a precise numeric formula applied to colour that results in an unearthly play of vibrancy and luminosity.

The three sculptures titled Level, La Paresseuse, and Pern Head are hollow forms made from welded plates of steel. They function ostensibly as fictional “viewers” standing freely in the centre of the exhibition space. These physically weighty objects appear as melancholy protagonists or in Peri’s words “stations holding the promise of interiority”—within an optically charged environment,

consciously disorienting our vision between micro and macro levels.

Lastly, Peri’s drawings of complex circuitous structures most obviously inhabit the microscopic: in each, a single angular line, itself made up of thousands of fine pencil lines, is figured above a cuboid base. The viewers’ effort to trace its labyrinthine path from beginning to end involves a kind of slow looking that opens up a purely imagined space of movement.

Peter Peri was born in 1971 in London, UK. He graduated from the MA Fine Art program at Chelsea College of Art and Design, London in 2003. He currently lives and works in London, UK. Peri’s primary media are drawing, sculpture, and painting: three distinct bodies of work that are developed  independently by the artist to create a complex set of interrelations. All works are specifically invested in the tension between line and volume, figuration and abstraction, and in the questioning of tradition and influence in Modernism.

His drawings are built-up through the accumulation of tiny hair-like pencil lines that lend an obsessive, congested quality to his strict forms and figures. Peri’s works on paper depict a range of subject matter, including Roman Catholic reliquaries, abstract portraits, and geometric shapes, which coalesce into ambiguous architectural structures and volumes through an uncanny play of light and shadow redolent of Metaphysical painting. The sculptures are engineered replicas in darkened steel of ephemeral assemblages of household boxes scaled up in size to create monumental and confrontational cuboid figures. The rolls of masking tape used to construct the original assemblages often function as absurd hollow “heads”. Peri’s striated paintings are characterized by hard-edged networks of fine pastel-coloured marker pen lines against spray-painted backgrounds. These paintings appear to trace an occult tinged geometric language—a Morse code of shifting lines and shapes—that might be used to describe the world in more elemental terms. 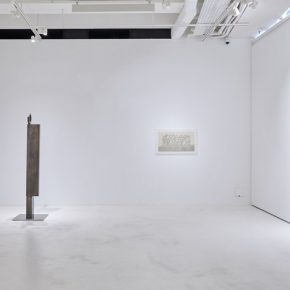 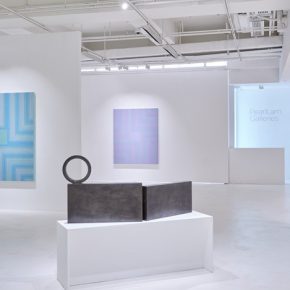 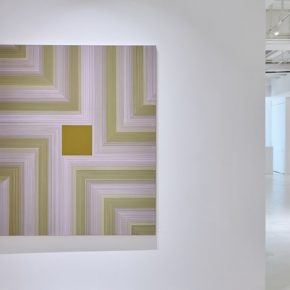 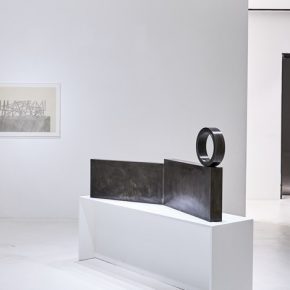 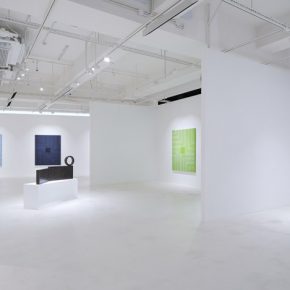