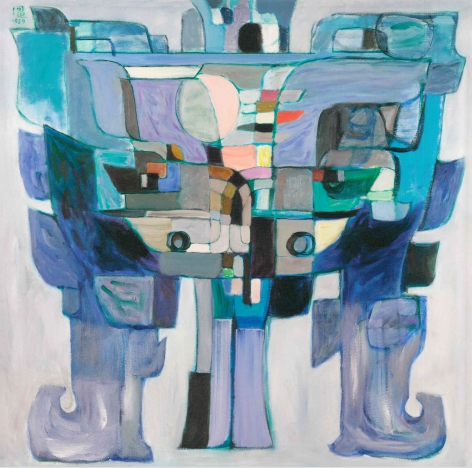 Pearl Lam Galleries is pleased to present Revelation, a solo exhibition by Chinese female artist Pang Tao (b. 1934), featuring a selection of paintings from the 1970s to the present. Although Pang was one of the earliest artists in modern China to explore abstract painting, she has been largely ignored by Chinese modern and contemporary art history. This show aims to illuminate Pang's original artistic experimentations in the historical context of Chinese contemporary art.

Pang Tao is the daughter of Pang Xunqin and Qiu Ti, two important members of the early Chinese avant-garde art group the Storm Society (Jue Lan She), which was formed in the 1930s. The artistic life of Pang had long been nourished by her parents as well as the generation of artists from before 1949, who were devoted to modern art since the beginning of the 20th century. In her later formative years, Pang worked as an independent artist and an educator in academia from the 1950s to 1970s, a period marked by the Cultural Revolution. Not interested in engaging with politics, Pang was discounted as academic and conservative, and her works did not spark much critical debate within the binary categorization of art as either "new" or "traditional" at the time. Pang lived in Paris for a year in 1984 and was among the first group of artists who were sent to Europe to study art. The exhibition starts with work from the late 1970s that were influenced by the socialist realist style of new China. One highlight is Just Borrowed Catalogue (1979), which depicts Pang's daughter, Lin Yan, gazing afar and holding onto a much sought-after Rembrandt catalogue. Breaking Waves (1979) is an expressive seascape that conveys a deep longing for freedom and captures the artist's own struggle to make art for art's sake after the end of the Cultural Revolution. Untitled 87 is a painting from 1987 that experimented with mixed media that altered the viewer's perception of light and colour.

The exhibition title, Revelation, is taken from Pang's notable series Revelation of Bronze that she began in the early 1980s and continued into the new millennium. The series serves as a significant point of departure when Pang consciously moved away from realism towards full abstraction. In this groundbreaking series, Pang flattens the imagery of bronzeware from the Shang dynasty in a meticulous manner and develops the painting through a formal exploration that goes well beyond decoration. The picture plane is imbued with patches of different colours and is delineated with fine lines to give the representation of a monolithic artefact an illusionary solidity. Revelation of Bronze – C32 (1992) depicts the shape of the bronze vessel with overlapping geometric shapes. The relation of points, lines, and planes becomes prominent with black, white, grey and yellow hues. A series of preparatory drawings will also be on view to convey Pang's working process.

Pang states, "I chose the subject matter of bronzeware from the late Shang dynasty because they are culturally distinct... My wish has been to renew and re-enact the vigorous imagination of my ancestors by freely applying vivid colours to these patterns. I hope in doing so that these works will be set apart from their ancient predecessors and their counterparts in the West." 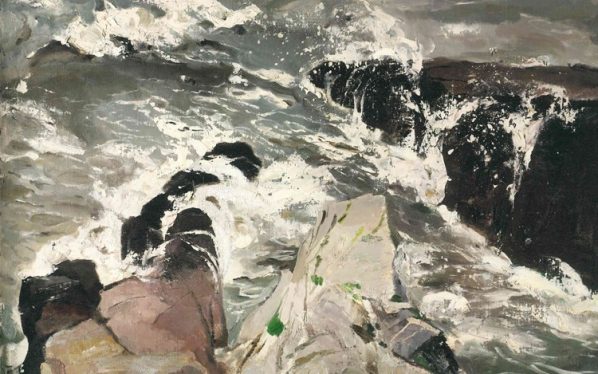