From November 7th, 2019 to March 1st, 2020, the Power Station of Art presents the first solo exhibition in China of Pritzker Architecture Prize winner and Venice Architecture Biennale Golden Lion Award recipient, French architect Jean Nouvel. Rather than a usual architectural display, Nouvel will transform the exhibition room into a theater filled with light and shadow for his exhibition titled Jean Nouvel: In my head, in my eye… belonging… It will debut a three-and-a-half-hour film produced by Nouvel, as well as six works of art based on his architecture, allowing visitors to immerse themselves in what inspired Nouvel’s design practice, thus entering his thoughts and emotions. This exhibition is in collaboration with Fondation Cartier pour l’art contemporain.

With more than 200 construction projects worldwide, Jean Nouvel is perhaps one of the most prolific architects in the world. However, Nouvel has always pursued change and innovation. Since the beginning of his career, he has continuously opposed internationally stereotyped architecture. Nouvel instead pays attention to the local context and emotion of buildings. With the help of new technologies and materials, he creates a harmonious relationship between his buildings, the surrounding environment, and their historical context that resonates with people. For Nouvel, light is an important architectural element. He excels in using light to reveal the complexity and diversity of different spaces in the building and to create a unique narrative of fluidity.

Nouvel often mentions that the roles of architects and film directors are similar, and that the process of creating a building is like shooting a movie. Making use of his first exhibition in China, Jean Nouvel has achieved his “dream of directing” – his first film will premiere at the Power Station of Art. The three-and-a-half hour film features more than 100 construction projects by Nouvel around the world. Through poetic shots and montages accompanied by the architect’s dream-like narration, the film is a reflection of Nouvel’s architectural career and shows his concern for the world and life. Originating in his self-consciousness, thought, and imagination, Nouvel believes that this exhibition will be “a rebellion against orthodoxy.” Supported by video as a medium, the variety of situations in Nouvel’s mind are transferred into a physical form and rhythm, making his ephemeral memories become eternal and inspire new discussions.

In addition to the film, the exhibition will present works of art based on six representative buildings from Nouvel’s creative career, namely the “Lucerne Culture and Convention Center;” the “Tête Défense;” the “Tour Sans Fins;” the “Fondation Cartier pour l’art Contemporain” in Paris; the “Galeries Lafayette” department store in Berlin; and the “53W53” glass tower which, among other, hosts as an extension to the Museum of Modern Art in New York. These architecture projects showcase the inclusive principle in Nouvel’s designs. They make use of local natural features like lakes and forests to blur the boundary between nature and man-made objects, while also endowing the building with a vivid expression and tension through conical lenses and natural lighting. In addition, the “tower-like” monument in the exhibition room, which blends with the sky, reflects the architect’s unremitting effort to pursue infinity and eternity with tangible architecture.

As a part of the PSA series “Architecture & City” Exhibitions and Researches, this exhibition will not only present the architect’s cultural standing and emotional belonging in a different way, but also showcase how light and shadow magic can illuminate the emotion and power of architecture, opening up multiple approaches to understanding architecture for the audience.

After he enrolled at the Ecole des Beaux-Arts in Bordeaux, Jean Nouvel ranked first in the entrance examination of the Ecole Nationale Supérieure des Beaux-Arts in Paris in 1966 and obtained his degree in 1971. Assistant to the architect Claude Parent and inspired by urban planner and essayist Paul Virilio, he started his first architecture practice in 1970. He became a founding member of the “Mars 1976” Movement whose purpose was to oppose the architects’corporatism and then a founder of French Architecture Union.

His works have gained worldwide recognition through numerous French and International prizes and rewards. In 1989, The Arab World Institute in Paris was awarded the Aga-Khan Prize because of its role as “a successful bridge between French and Arab cultures.” In 2000, Jean Nouvel received the Lion d’Or of the Venice Biennale. In 2001, he received three international awards: the Royal Gold Medal of the Royal Institute of British Architects (RIBA), the Praemium Imperial of Japan’s Fine Arts Association and the Borromini Prize for the Culture and Conference Center in Lucerne. He was appointed Docteur Honoris Causa of the Royal College of Art in London in 2002. Three years later, he received the annual prize of the Wolf Foundation in Israel “for providing a new model of contextualism and redefining the dialectic between the two salient characteristics of contemporary architecture: concreteness and ephemerality.” Jean Nouvel was the recipient of the prestigious Pritzker Prize in 2008. In France, he has received many prizes including the Gold Medal from the French Academy of Architecture, two “Équerres d’Argent” and the National Grand Prize for Architecture.

In 2013, PSA initiated its thematic program – “Architecture & City” Exhibitions and Researches, providing themed exhibitions, holding seminars, and supporting publishing plans every year. Through architecture as a comprehensive social device, PSA is hoping to tell stories between cities and their inhabitants, as well as explore the intricate relations between individual, space and power mechanism. Until now, the museum has held exhibitions in this field including Piece by Piece: Renzo Piano Building Workshop (2015), Mobile Architecture: Yona Friedman (2015), Bernard Tschumi – Architecture: Concept & Notation (2016), Ordinary Metropolis – Shanghai: A Model of Urbanism (2016), Balkrishna Doshi: Celebrating Habitat – The Real, the Virtual & the Imaginary (2017), Superstudio 50 (2017), The Rise of Modernity: The First Generation of Chinese Architects from the University of Pennsylvania (2018), Hélène Binet: Dialoghi, Works from 1988 to 2018 (2019), and Junya Ishigami: Freeing Architecture (2019).

Jean Nouvel: in my head, in my eye…belonging…

Courtesy of the artist and Power Station of Art, for further information please visit http://powerstationofart.com. 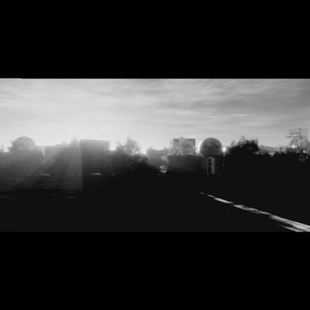