The Oculus, World Trade Center, is pleased to announce the upcoming and exhilarating exhibition of renowned sculptor, Liu Shiming, to celebrate the Chinese New Year.

Liu Shiming (1926-2010), one of China’s most accomplished sculptors, spent a lifetime absorbing China’s cultural traditions and expressing them in his own delightful way.  Liu’s work is well known in China, but has never been presented in the West – until now.  The exhibition, "Liu Shiming: A Chinese Original", is part of a globally traveling exhibition organized by the Central Academy of Fine Arts.

Throughout the highly anticipated exhibition, 56 sculptures cover Liu’s full career of more than half a century. The talented sculptor loved people and frequently used laborers, parents, and infants as inspiration for his work.  Liu spent many years traveling China to fully understand people and their customs and recreated their lives through sculpture, guided by ancient Chinese art styles.

The spellbinding display is divided into four parts, starting with “Innocence,” which features Liu’s love for sculpting small children. The “Roots” section shows Liu’s reverence for his predecessors, while “Working” reflects the importance he placed on ordinary laborers and a good day’s work. Finally, “Individuals” celebrates people and animals creating and pursing their own particular lives, just as Liu himself did.

Liu Shiming believed that sculpture should be focused on people and the depiction of people, because people are social beings and creators of art. Liu once said that “when we lose people and the human spirit, art loses its soul.”

On December 24, 2018, the Central Academy of Fine Arts established the Liu Shiming Sculpture Museum, which is dedicated to researching and investigating Liu’s artworks and their art historical meaning. Liu Shiming was part of CAFA’s first generation of Chinese sculptors trained after the founding of the People’s Republic of China. He had significant training in ancient and modern Western sculpture, and his artistic achievements were recognized as early as the 1950s.

Courtesy of the organizer, for more information about Liu Shiming, please visit https://www.lsmsculpture.com/. 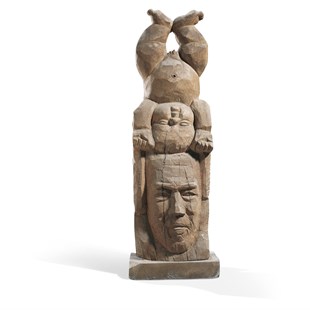 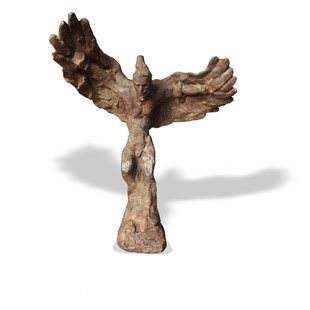