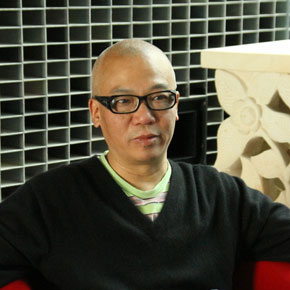 “When I am creating art, I am also making a pilgrimage, in a sense,” as Xu Zhongmin states. The electric motors and flashing lights “convey a sense of modernity and of the future”, and he believes the work also reflects eternal truths: “Seen as a whole, the life of human beings is a long series of circles and repetitions.”

Xu Zhongmin was born in 1961 in Mianyang, Sichuan Province, China. With his education interrupted by the Cultural Revolution, he grew up working for a traditional Chinese theatre. From 1975 to 1981, he then learned acting and stage design with the Mianyang Sichuan Opera Troupe, before being accepted into the prestigious Sichuan Fine Arts Academy where he studied printmaking, painting and sculpture until 1987. Xu also spent some time in Beijing before moving to England to live and work in 1992. Xu Zhongmin works in woodcuts, video installations and performances. The modern city and its inhabitants, the chaos and the lull, identity and anonymity, lust and greed are rendered tangible in his body of works. His work has been widely exhibited in China, Japan, UK and France and many of his pieces are held in the collections of major museums and galleries, including the British Museum. Xu has also won many significant awards for his work. 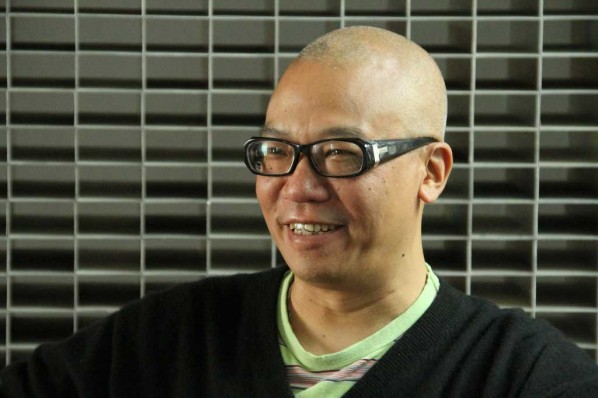 Xu Zhongmin in the interwiew

Museum of Fine Arts in Chongqing;

“This is for Real” an Exhibition of Chinese Contemporary Art, Zhu Qizhan Art Museum,

“Dream-02” the Bargehouse and the Gallery OXO, London, UK;

“Face and Gestures” Tour Exhibition of Two Artists in China;

for the best first-time contributor;

“Exhibition of Recent Acquisition at the British Museum”, London, UK;