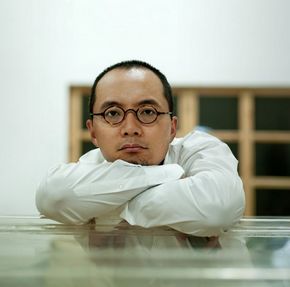 Being one of the most prolific sculpture artists in the Chinese contemporary art scene, Qu guangci’s works are composed of many fatties with unidentifiable facial expression and body. Qu’s figures wear Mao-suits, sometimes they imitate the gesture of classic Western figurative sculptures, and sometimes they have collective action but look blunt and mindless. Behind their existence under the sculptor’s hands, each individual’s character seems to be overwhelmed by collective ideology. Every action of his character depicts life, and in fact it reflects a unique time of China by teasing about the absurdity of society, politics, history and art.

I think that I belong to that kind of person who likes looking around when walking in the street. My visual memory is full of grotesque shapes and gaudy colors, and only this street is the key clue; the one walking with me in the street is just the little fatty, who is acting the hatred, melancholy, happiness and sadness in my mind, so that I will no longer feel hatred, ecstasy or sad, and can breathe fresh air in the morning and at night to feel my existence. I hope that when my friends are viewing my works, they can consider my works as fossils from another era and imagine how people in that era wish a better future.

Excerpts from “Those Answers to Riddles” by Qu Guangci

As I have perceived, up to now the creator and his fat characters have been growing together. He has got a profound understanding of the fatty, who has to stand the loneliness endured by all gods after being enshrined at the altar and has to struggle day and night in the swamp of the mortal desire for power. The fatty is an alienated freak in the universe. The sparrow is bestowed with the mighty and arrogant expressions of Birdy, symbolizing the Shan Hai Ching-like antiquity and absurdity. Unlike nothing in the universe, I pick brunches in the winter with no company from any living creatures. This supreme state of the solitary fatty is the result of carrying their self-contentment to extreme idealism and must result in a farce of the elder.

Excerpts from “King and Jester” by Xianghua

Walter Benjamin thinks that the real comprehension of history comes from melancholy, as well as “the wish for peacefulness, also known as the empathy from laziness”. Guangci’s artistic creations realize the two incompatible processes precisely. The entertaining elements in his works should be esteemed as the reflection of hedonism in China now. However, it is not as lighthearted as the western entertainments. Through Guangci’s deep observation of society, he narrates the nonsense and the inanity of hedonism, which is his real melancholic comprehension of history.

1969 Born in Shanghai. Currently living and working in Beijing.

1989 Graduated from the senior high school of the Zhejiang Academy of Fine Arts.

1994 Graduated from the Sculpture Department of the Central Academy of Fine Arts, B. A.

1997 Graduated from the Sculpture Department of the Central Academy of Fine Arts, M.A.

- “The WAY is not merely between two points”, Lin & Lin Gallery, Taipei.

- “The World of Others”, Museum of Contemporary Art Shanghai, Shanghai, China 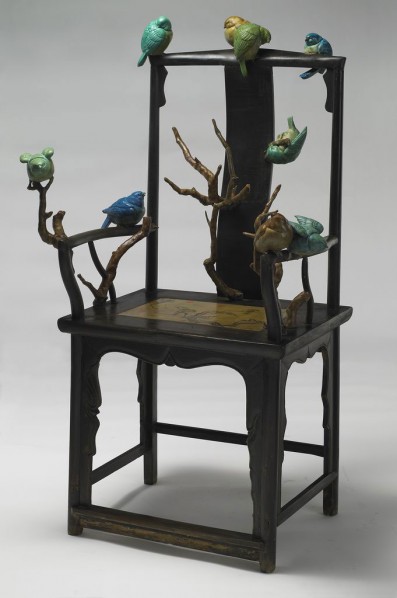 Wood as It Is by Qu Guangci