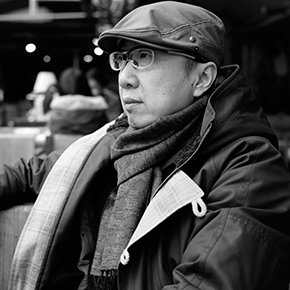 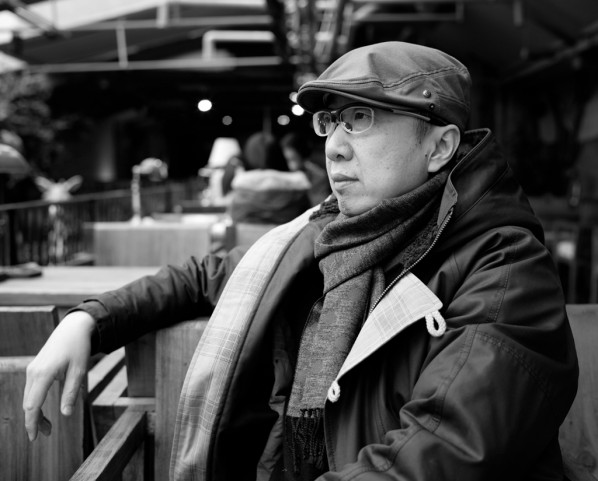 Tang Hui was born in Wuhan in 1968, graduated from the Art School Attached to the Hubei Institute of Fine Arts in 1987, and then graduated from the Department of Mural Painting, Central Academy of Fine Arts in 1991. He currently lives and teaches at the Central Academy of Fine Arts, Beijing, China. His works are collected by the National Art Museum of China, the University Museum and Art Gallery, the University of Hong Kong, the Kennedy Center (Washington, D.C., USA).

“I started to design mural painting at the age of 11, because a new art form of mural painting emerged at that time, my parents were so excited that I was influenced by this. Before that I was in contact with the art of the Soviet Union, often reading the newspapers and magazines of the art from the Soviet Union at that time, I adored the artists of Soviet Union. But I had also the opportunity to discover Western art, because some avant-garde artists were living in my yard in Hubei Institute of Fine Arts, such as Yan Shanchun, Wang Guangyi, Fu Zhongwang, Wei Guangqing, and Xu Tan, etc. Xu Tan, now an artist engaging in installation art who was my drawing teacher in the Affiliated School, and he inspired me a lot at that time. I participated in the “Art Exhibition of Chinese Youth”, which I was very proud of at that time.”

In fact, I started to paint cartoons in 1980s, I hadn’t studied the trends of political pop, because my creations always focused on my own life, instead of being concerned with the big environment, which was related to my introverted personality, I preferred to review my inner activities. But since 2008, I started to focus on the big environment instead of the inner, as I was invited to design the mural painting of the Buddha Cleansing the World by the Buddhist Compassion Relief Tzu Chi Foundation, Hualien, Taiwan, and it was involved with the faith, so I created a series of work entitled “The Monument Series”, including the following drawing series. Since 2012, I started to review myself once again, so that I created more abstract work such as “The Shape Series”, “The Skin Series”, synchronising with the creation of several series was a new experience for me.

In the process of creation, my creative ideas naturally appeared, and like a brook flowing slowly. Actually I thought to give up creating a big business or completing a very big work after I was 40 years old, in fact, creation aims to express a joy. My work emphasizes the imagination, when I face the real object I feel I have little space to play in, for example, at the early stage of creating “The Monument Series”, I felt it was very hard to portray the real things, while it was very easy to play with my imagination in virtual thinking. You won’t feel it is hard to do anything that you are familiar with. I emphasize talent, when a student doesn't have the ability, I would suggest he does something else that he is good at.

I grew up in the city, and was born loving urban and industrial civilization, so I painted motor cars and airplanes when I was a child, later I was excited with the high-tech computer, I thought the integration of interest and self creation is a good choice, so that I completed my graduation creation “Attacking Time and Space”, which was the integrated embodiment of my own interest, knowledge and experience, and I also gradually formed my own language.

I learned a lot from my teacher Cao Li when studying in CAFA, and from his works, I found we had many congenial things, such as we were both infatuated with the relationships of structure, rhythm, density, as well as the detail of the work.

I have a different preference in different stages, instead of deliberately planning it. I am interested in deer at this stage, so when I went to Nara to take photos of deer last week, I transferred my interest to this aspect, so that my next exhibition is about deer. It is perhaps related to the changes of the body, which is also a natural fact for me. In the environment of Nara, the deer are like local residents, like some of their children, each deer has its own name, and I saw an elderly couple feed the deer every day, when they called the name of a deer, it would come to them, the deer seemed to be consistent with local Tang Dynasty’s cultural legacy, which is also an Oriental culture, and it may be like the sense in Chang’an in ancient China, cranes and deer harmoniously living together with people.

Excerpts from “Wang Chunchen Interviewed with Tang Hui: Academy and Me”.

2013 Expression and Limit, Hall2 of Art Museum of Nanjing University of the Arts, Nanjing, China