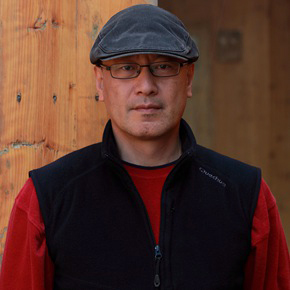 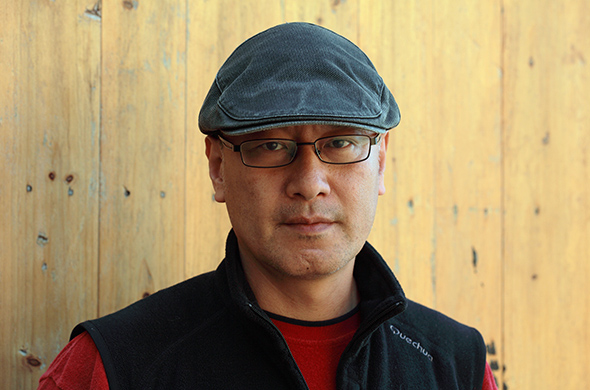 Speaking of art, if one is able to study steadfastly the visual rules, he or she won’t become a slave of the market or a political tool. In the final analysis, the visual rule is the perception of rules for people, at least, people will have the same feeling with the visual harmony and contrast, etc., so whatever style of work, it will properly use and allocate visual factors to deal with the relationship between them. I always think about these common standards or requirements for the art are not only visual, but also similar to the moral isomorphism, maybe it can have some inspiration beyond the limitations. It is perhaps the reason why artists hardly cooperate with the market and politics after all, it is the unique law of art. “Beauty” is closely related to the “true” and the “kind”, instead of at the level of phenomenon.

Excerpts from Ma Lu: The “Tao” and “Morality” of Art

The two metaphorical examples can roughly be summed up as the spiritual direction of Ma Lu’s oil painting and its characteristics–good at drawing planes, Ma Lu loves sleeping and dreaming at the same time, the plane passes through his mind and his subconscious world. In the era of the mottled material and spiritual reality, he uses a normal and rational manner to present to people a place that is in the perceived world with a spiritual background and humanistic vision in the process of social development, referring to the change of the world and mind to create a spiritual world rich in implications. He uses art to replace thinking, using the form of art to inspect the evolution of the world and mind as well as the spiritual shock.

Excerpts from Zhang Jie: Ma Lu - Journey to the Dream and Spirit

The recent works by Ma Lu combine black humor and social criticism, to create an almost weird art style. The plane is the protagonist in the works of Ma Lu, but the plane is no longer a mechanical device, instead it becomes a seemingly living animal, both look like a flying bird and a swimming fish. Birds and fish remind us of the traditional Chinese flower-and-bird painting, where flowers, birds, insects and fish show us a natural world full of natural appeal. While the plane reminds us of the Futurism in the early 20th century, where automobiles are considered more beautiful than a goddess. Ma Lu’s art does not belong to any of them. He uses a unique imagination to combine the both, to create a surreal art world for us. This is both a mental world, and a world of science fiction. What direction does the thick airplane point to for human beings? Different people have different answers. Optimists see hope, while pessimists see despair. If we consider Ma Lu’s paintings as Chinese flower-and-bird paintings, we perhaps can find fun.

Excerpts from the “Culture After Culture - Exhibition for 12 Artists of Contemporary Painting” by Peng Feng, 2009

Our painting has been praised, hated, ridiculed, marketed, secularized. The so-called perfection of art is understood as the extreme, which will destroy the art. All energetic things are not so simple, conceptual. Perfection has a scale that is neither short nor long. Perfection has a standard, which is detailed and clear, distant from ordinary people, and constantly deepened. It is not the end of perfection, which has always been made accurate, unless you give it up. The means of painting is limited, so the control of “scale” is particularly important, limit is one of the most important methods to generate a new vision.

Excerpts from Ma Lu: How Tangled Is It.

Ma Lu graduated from the Department of Oil Painting, CAFA in 1982, and graduated from the Department of Liberal Arts, Hochschule für bildende Künste Hamburg, Germany. Currently he is a professor and teaches in the Department of Oil Painting, CAFA, Dean of the School of Plastic Arts. He was one of the candidates of Wu Zuoren Art Award - Plastic Arts Prize in 2006, selected to Support the Planning of Excellent Talent in the New Century by the Ministry of Education in 2008, he won the Better Life Cup Chinese Art Contribution Prize at the 2010 World Aesthetic Conference.

“Drawing Techniques of the Masters of the World - Kollwitz”, the China Federation of Literary and Art Circles Publishing Company, 1992

“Drawing Techniques of the Masters of the World - Seurat”, the China Federation of Literary and Art Circles Publishing Company

2013 1978 – First Session of the Department of Oil Painting Launched an Exhibition to Commemorate the 30th Anniversary of Graduation, CAFA Art Museum

2012 Starting from the Modern, National Art Museum of China

2011 First Exhibition of the “Paintings Handed Down in a Family” Series, Chinese People Art Museum in Xiamen

2010 Searching for the Origin, Chinese Academy of Oil Painting, Beijing

2010 My Soil My People - Exhibition of the Northwest China, Xi 'an

2005 Along the Great River - Respective of Chinese Oil Painting in the New Period, National Art Museum of China, Beijing