The preparation of the show “Garden of Dreams” has taken more than a year, and it presents a total of 19 works, one of the largest is called “Garden of Dreams”, and this exhibition also adopts this name. This work depicts a few characters, events and landscapes of ancient Chinese fables in a traditional Chinese garden. The use of painting connects the stories, and also includes news over recent years, integrating the ancient and contemporary, real and absurd things in a seemingly dilapidated but vibrant garden, placing a lot of contradictions within a space. The “Parallel World” has something to do with it. It’s a response to the events happening every day, which are cluttered and unrelated, but these events and the ancient fables actually influence each person, the society, and the era, so I want to put these diverse, disordered, chaotic elements together, which is my response or feeling of this real society.

– An excerpt from the interview by CAFA ART INFO “Yu Hong: Visiting a Garden, Walking from a Dream with a Start – The Realistic Painting that Transcends the ‘Real’”

“Golden Horizon” displayed the works before 2011, mainly using the application of gold foil, which has a certain connection with the ancient traditional Chinese painting and religious painting. Part of the series of works was placed on the ceiling in order to maintain a certain distance from the audience to the paintings. This method is actually to reproduce an atmosphere, while many of the traditional religious paintings are not a single work, but work together with the surrounding environment to constitute a whole atmosphere, I hope to use the painting to reproduce previous expressions, so that the audience is in the atmosphere.

The chronological narrative method of “Witness to Growth” is in sharp contrast to the image collage of a time-lapse narrative style which has been popular for many years. The latter style uses modern packaging to showcase the trend of elegant art. “Growth” uses popular language to show the trend when elegant artsteps down from an high-profile.

– An excerpt from “Wei Qimei: A Heavy Interpretation - On Yu Hong’s ‘Witness to Growth’”

The generation of Yu Hong has a unique experience, their growth and national growth is in parallel. At that time, China had gradually walked away from isolation, and so did Yu Hong, who began to love life; during which the disco craze entered mainland China, which indicated that Chinese dramatic reform was dawning. This group of works showcased to the audience, the weight of contemporary Chinese history, and the purest and simplest individual state exist side by side. Yu Hong is not a hero, but an ordinary person. Her quiet life is inparallel with the constant political, economic and cultural movements in China.

– An excerpt from “Nicole Hess: The Narration and Interpretation of Yu Hong’s Works” (originally published in the “Witness to Growth”)

The combination of her personal photos, self-growth and the typical features of painting, take the self-growth and spiritual evolution of the generation that were born in the 1960s as the title, to discover how to establish the narrative of “the self and about the self” in the issues about gender, women’s liberation, etc., which is defined by the national ideology.

– An excerpt from “Guo Xiaoyan: In and Out of Time, as Well as Her Stance – On Yu Hong’s Works”

Her theme has been hovering in the small world that is made up of particulars like the book “In Search of Lost Time”, together with her pure Realistic method from the Soviet Union, every painting dimly reveals a narrative atmosphere immersed in the meditation.

Yu Hong both witnessed the contemporary history of China, and also witnessed the life of her and her daughter as an individual. The stories of her and China are placed together one by one, to establish mutual relations not only in the visualand also in theory. It is through these works that a tangle on the collective and individual memories are placed together. This is not a stable structure, but a rather variable structure that maintains a long-term mobility.

– An excerpt from “Yu Hong’s ‘Witness to Growth’: Historical Limitation and the Individual Accidental” originally published in “Fine Arts” magazine in September 2003

When we look back at the various restless scenes in the photos like sitting in a roller coaster, we will immediately be relieved because of the images on the right of the painting, as if everything has returned to the ordinary, and it is the ordinary that urges our life to continue to move forward and get ahead.

Yu Hong was born in 1966 in Xi’an, China. In the 1980s she studied oil painting at the Central Academy of Fine Arts (CAFA) in Beijing and graduated with a post-graduate degree from the Department of Oil Painting, CAFA in 1996. Since 1988 she has been a teacher in Department of Oil Painting, CAFA. At the beginning, Yu Hong received training in realist painting, though over time she has developed to her own individual visual language. The core subject of Yu Hong’s paintings has always been human nature, and how human beings grow and exist in this society, in this world. Those figures, painted by her brush express the feelings and self-analysis of people thrown into the reality of society.

2010 In and Out of Time, Opposite House, Beijing, China

2009 In and Out of Time – Yu Hong, Guangdong Museum of Art, Guangzhou, China

2011 Looking Back on 60 Years, Museum of Tianjin Academy of Fine Arts, Tianjin, China

2006 The Blossoming of Realism: The Oil Painting of Mainland China since 1978, Taipei Fine Arts Museum, Taiwan

1999 Transience – Chinese Experimental Art at the End of the Twentieth Century, The David and Alfred Smart Museum of Art, Chicago, U.S.A.

1996 The Power of the Line – the Second Drawings from Contemporary Artists from Home and Abroad, Taiwan, China

1995 The Power of the Line – Drawings from Contemporary Artists from Home and Abroad, Hong Kong, China

1994 Between East and West: Transformation of Chinese Art in the Last 20th Century, The Discover Museum, Connecticut, U.S.A. 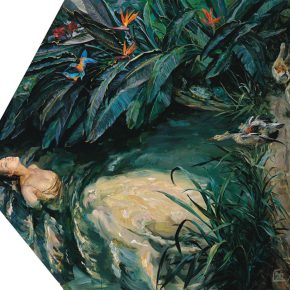 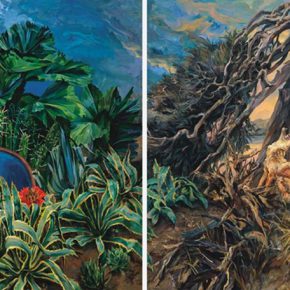 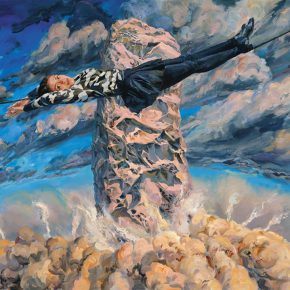 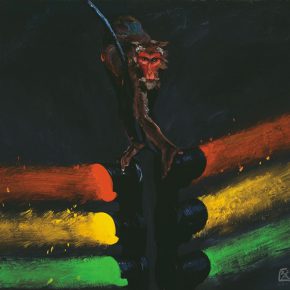 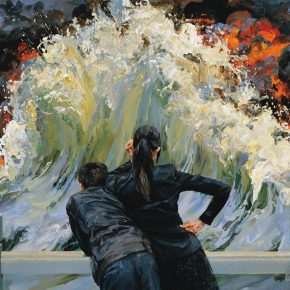 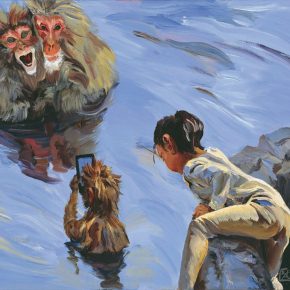 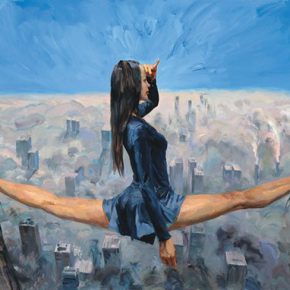 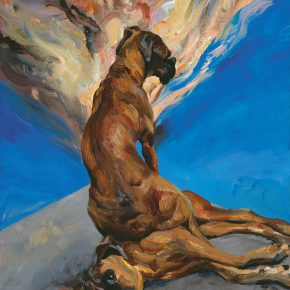 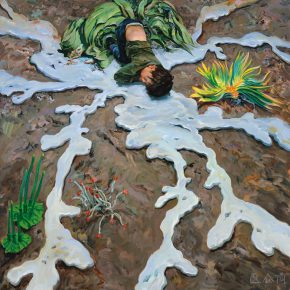 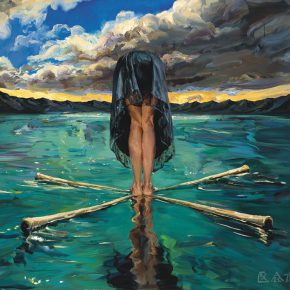 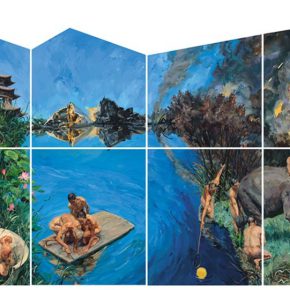 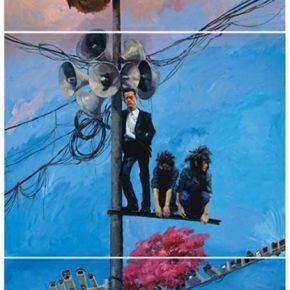 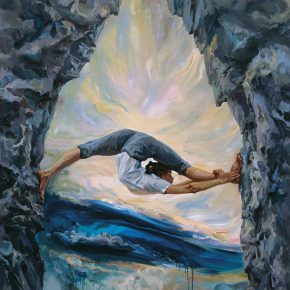 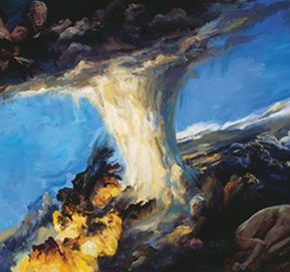 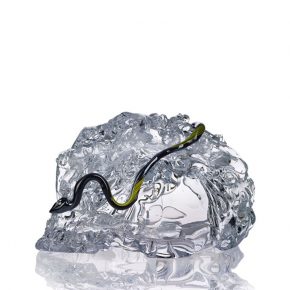 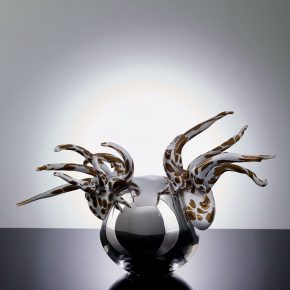 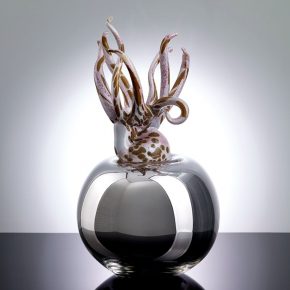 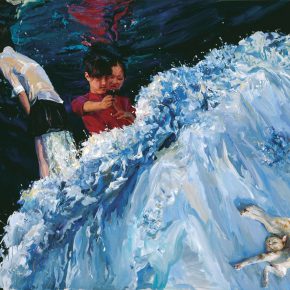 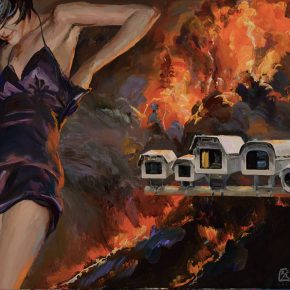 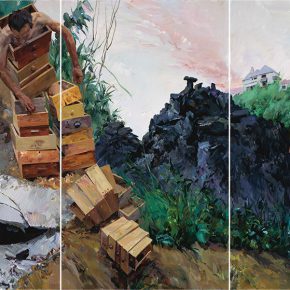 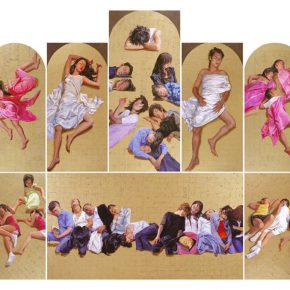 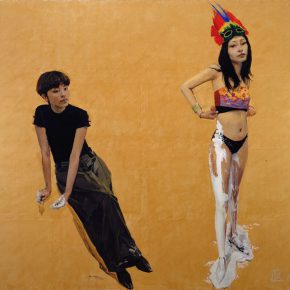 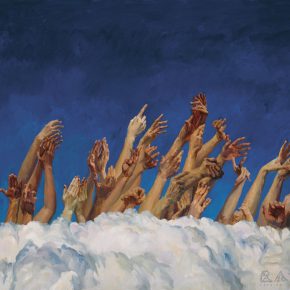 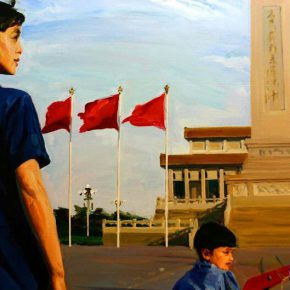 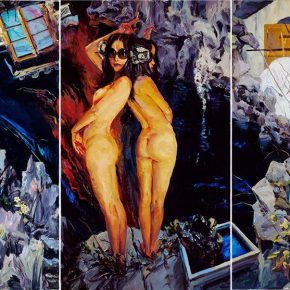 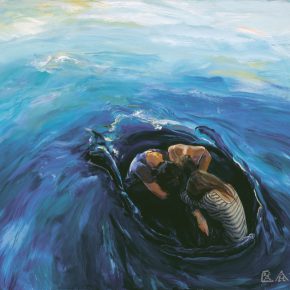 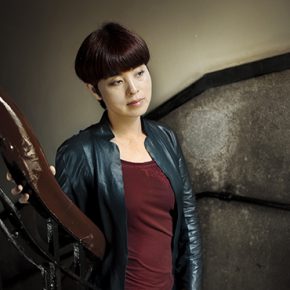