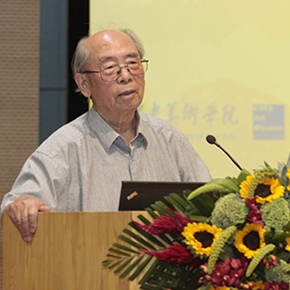 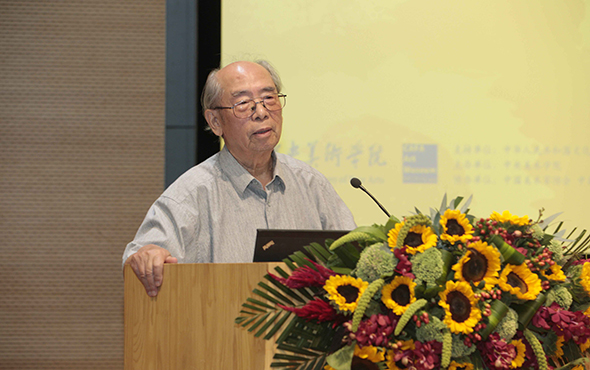 Until the early years of the reform and opening up, the teaching and creative activities were closely related to the political situation at that time. So my teaching and creation is engraved with the traces of each historical period. In the 1950s, the works were more relaxed and thriving. In the 1960s, there were too many movements that I did not have any time to paint. In the 1970s, I went to the Three Gorges to draw a large number of paintings for a few months. In the 1980s, I had visited many places and drawn a variety of things. In the 1990s, I went to the Silk Road. But after the reform and opening up, I really had no idea what I should draw, so I drew a lot of things that I were not familiar to me. Speaking of my creations, my paintings are not big but are miscellaneous, it can be described as flowers blooming together. In the paintings of figures, I think the Profile of Premier Zhou is successful. I was full of respect and affection when it was painted, and my skills were very mature. I like to go to many places to draw and sketch during these years, especially the sketches of Three Gorges in Yangtze River in 1973 and 1979. The spectacular Three Gorges conquered me, my thoughts were free and unconstrained, only thinking of nature and myself and I used all my feelings, my body and mind to experience it, trying to use a variety of painting techniques to describe it. In addition, seen from the sketches that I finished from the Northeast to Guizhou, Taihu Lake, and the Silk Road in Xinjiang, one can see my loyalty and passion for the people in the sketches. I would now like to talk about my later works, though many people say that they didn’t like my paintings any more. After decades of earth-shaking changes, I see clearly that it has the art of the features of the times of each era. Now I see a lot of artistic phenomenon with the obvious characteristics of the era. But anyway, every real artist should make a reasonable contribution to the era, and have a sense of responsibility to the community, especially a sense of responsibility towards young students.

“Wu Biduan is our revered artist, his talent is not only reflected in the woodcuts, but he also has high attainments in lithographs, etching, serigraphy, drawing, watercolor, gouache, as well as poster designs.”

–An excerpt from the “Peng Ling: All Things are Dedicated While He Has Never Asked for any Return – Interview with the Famous Printmaker Wu Biduan”–originally published in the “Art Review” vol.03, 2008

“As an artistic ‘versatile talent’, he has built a rich artistic creative world, and his artistic characteristics are very clear in the prints, sketches, illustrations, sketches, colored ink. He has a good vision on life, but his temperament is very simple, he has always been modest, instead of utilitarian. When he described a character, it is a feature that he has always dialogued with the character when he was drawing him, and he really made the shape and fate of the characters as the focus. In the artistic form of language, we can see his deep love of the art from the involvement and application of various art forms, on the basis of the feelings from real life, he has always insisted on the exploration of artistic form and arranged the screen with a new perspective. In the works in black and whitewoodcut, he focused on the organization and arrangement of the style of cutting, implicitly digesting the folk art forms such as the New Year paintings, paper-cuts. In the work of chromatic woodcut, he used the concise symbolic color to create the main theme of the painting, the color is pure and of rich internal strength, for example, the covers of the novels entitled ‘The Iron Flood’ and ‘The Young Guards’, and the work ‘Torrent’, ‘The Joy of Harvest’, ‘A Miao Woman’, and so on. His art in printmaking has a simple and fresh charm, as beautiful as a poem.”

– An excerpt from “Fan Di’an: Wu Biduan – the Needs of the Times and People Are His Creative Power”

“When people entered the artistic world of Wu Biduan, they will be first infected by the passion of loving life, pursuing and creating beauty, and they will be moved by his spirit of searching for it from paradise to hell wholeheartedly with his hard study and careful study, we can enjoy art, obtaining the cultivation of beauty from a variety of works.”

– An excerpt from “Ma Ke: Diligently Drawing is the Most Important thing – Talking about the Pursuit of art of Wu Biduan Again” – originally published in the “National Art Museum of China” vol. 6, 2006

“When I see the work ‘The Colorful West Canyon’, it made my eyes brighten, compared to Mr. Wu’s other works, it uses rich colors. Mr. Wu said that his painting had always been conservative, and he always wanted to be loyal to nature, so most of the paintings are ink sketches integrated with a few light colors. But suddenly one day he saw the landscape of mountains, where it was so colorful under the bright light that his passion was suddenly ignited, so that he felt he must use an exaggerated approach, or he could not express his own feelings. So, the clear blue, lavender, dark purple, integration of a variety of green colors, soaked and fused in the light, naturally and harmoniously appear in the painting. Mr. Wu said that it was the first time for him to break through the accustomed barrier of naturalism.”

– An excerpt from “Lu Zhongmin: My Three Gorges – Mr. Wu Biduan’s Sketch of the Three Gorges”

“Regardless of how much contrast it is in the evolution of the style, the main emotional line and artistic purpose that runs through the creation of Mr. Wu Biduan is always the same as he has always used a pure and simple mind to feel life, concentrated on the art. For more than half a century, he has conducted many explorations of art in order to open up an updated and beautiful art world for people.”

– An excerpt from “Du Zhesen: the Search of Artistic Footprints of the Predecessor Again – Written on the Eve of Wu Biduan’s Art Retrospective” 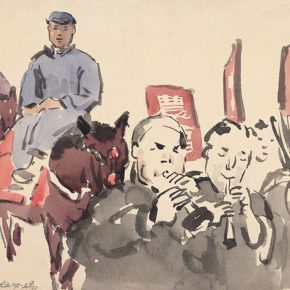 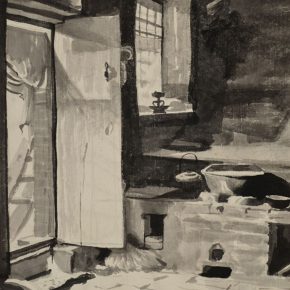 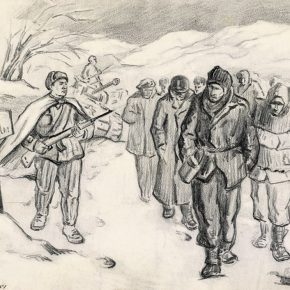 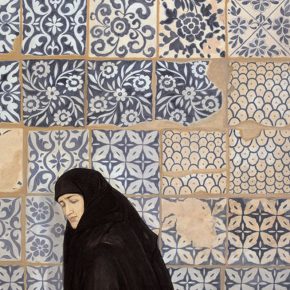 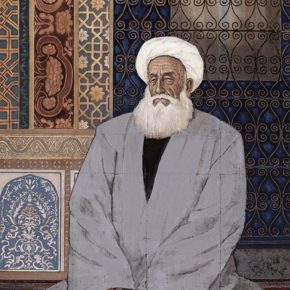 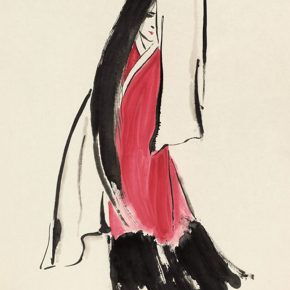 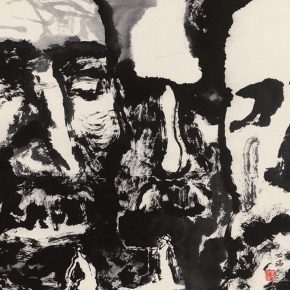 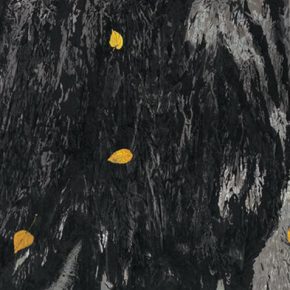 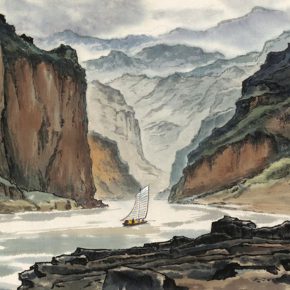 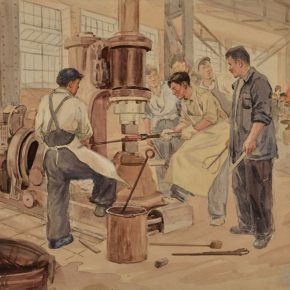 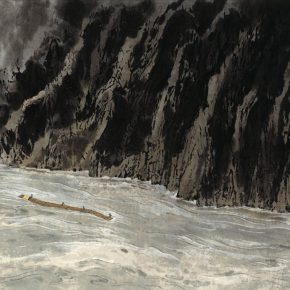 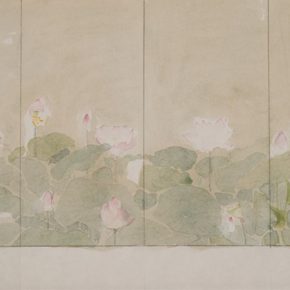 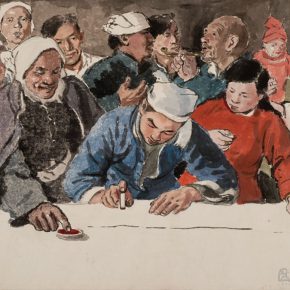 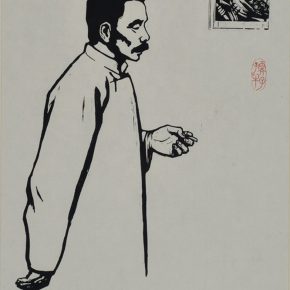 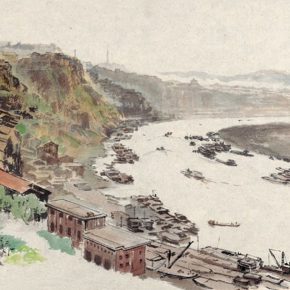 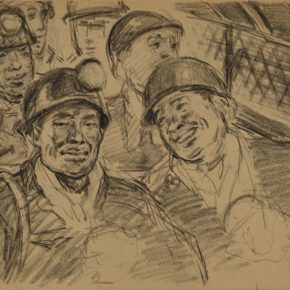 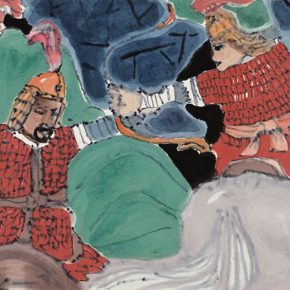 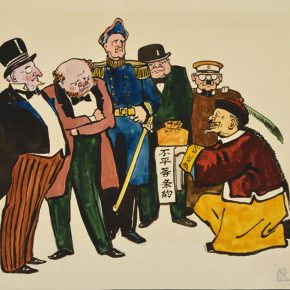 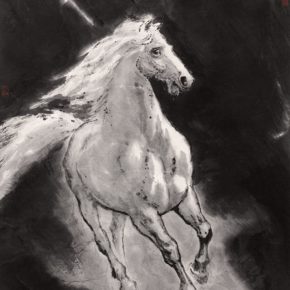 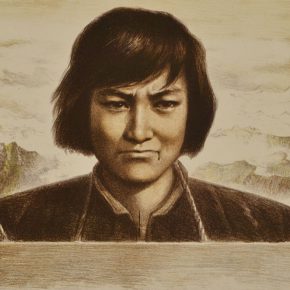 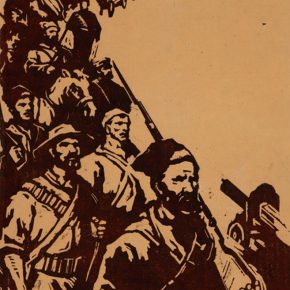 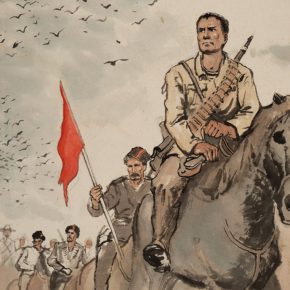 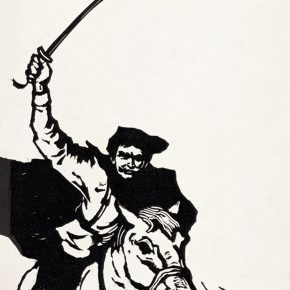 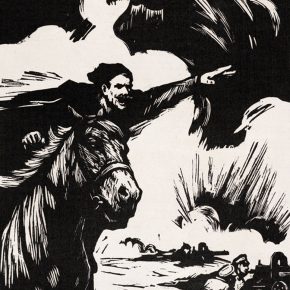 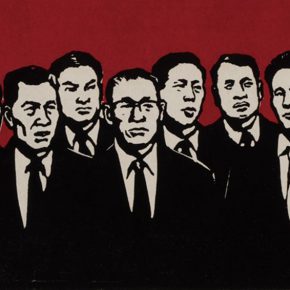 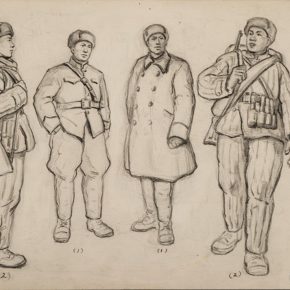 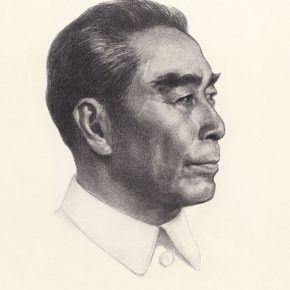 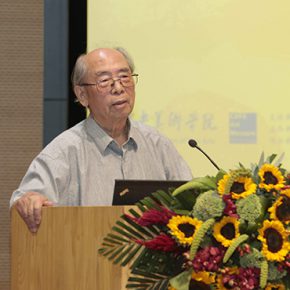