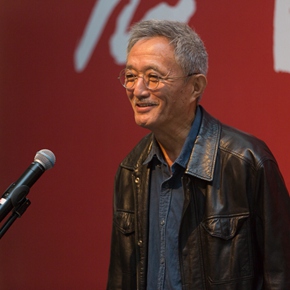 “As a sculptor, Tian Shixin has a special sensitivity to materials: clay, stone & wood of different materials, lacquer and bronze ... He brews and conceives artistic images based on the qualities of different materials, and uses one specific piece of material to make a specific sculpture. In addition, because he is also quite accomplished in the field of painting, he is interested in graphic shaping and color. He skillfully uses the cultivation in the sculptural creation, for example, Tian pays attention to the light & shadow and color effect on the sculptural surface, to strengthen the expression of the sculptural language; when dealing with folk subjects, he often adopts folk sculptural techniques to arrange active figures in a certain architectural space to form an episodic “sculptural painting”, endowing traditional folk sculptural form a modern charm.

“True art is always touching, and I always feel that the art that can’t touch people or people can’t feel is unreliable. The art of Shixin is clear, that is, it does not require an annotation or argumentation.”

– Qian Shaowu: an excerpt from the preface of “94 Tian Shixin Sculpture Exhibition”

“Different from ordinary local artists, Tian Shixin entered the remote areas as an art student from a large cultural metropolis, and his cultural foundation is the current mainstream culture of China, which determines the folk arts of Tian Shixin is different from the ordinary folk arts with internal factors, because of the influx of humanities factors. Generally speaking, the folk arts & primitive art focus on the spiritual expression (survival, sex, love, and reproduction, etc.), with the deepening of the factors of humanity, it gives these topics a metaphysical meaning that is beyond reality.”

– An excerpt from “Deng Pingxiang: On Tian Shixin’s Sculpture Art – On the Oriental Characteristics of the Contemporary Chinese Sculpture Art”

“The sculptural works themed on history show his extraordinary talent in expressing historical themes and historical figures through a sense of history (grasped by the artist’s specific intuition), which is hardly seen in other sculptors of his generation. Although it has a grasp of an individual historical feeling and intuition, presenting audiences that can see a certain historical information and credible historical image in his works. In this historical image, the artist’s historical grasp, aesthetic review and emotional judgment are convincingly integrated, despite the obvious characteristics of the times & personality, Tian Shixin’s work is very outstanding in the use of historic feelings to restore the expression of history.”

– Deng Pingxiang: an excerpt from “Dimension of Conscience & Consciousness of History”

“For the sculptor Tian Shixin who has experienced a life full of frustrations, his political concern and sensitivity in the public memory is too much for the ordinary people to understand. In his new works, Tian shunned a variety of fashion concepts and various trends of art, facing the real needs of the individual heart and respecting the true choice of the individual heart. This attitude itself is the basis for our reliability of the artist’s creation.”

– An excerpt from “Sun Zhenhua: The Use of Chinese Way to Describe China – Read Tian Shixin’s New Sculptural Works”

“In this sense, Tian Shixin’s “Statue of the King” shows its unique value and significance. When it presents the profound dignity of the kings, it also highlights its deep-seated critical attitude. When we see the work, we have to think of the relationships between the kings and common people, countries and individuals, totalitarian and free spirit in the end? If the king is the country’s main body, common people become the tools with an unconditional loyalty, and the destiny of a country is tied to one person, what is the result? ... When standing in front of these six statues, you have to think of this. We do not need to have a conclusion, but the “Status of the King” is bound to become the audience’s ‘object of a long-lasting contemplation’, while its value and significance are also reflected in this long-lasting contemplation.”

– Jia Fangzhou: an excerpt from “An Object of Long-Lasting Contemplation”

“It is precisely because Tian Shixin first learned oil painting, and he emotionally entered the sculpture without any preconceived idea, he created this ‘flat face’ of ordinary Chinese people when he was in the face of the reality. I think it is a face that the artist Xiong Bingming wanted to create. The images created by Tian Shixin are often quite “ugly”, but this ‘ugly’ highlights ‘Chinese face’. In fact, the arrangements of the space in shaping, including the method of shaping, belong to one thing, these things created by Tian’s hands are carved based on Chinese images, and makes his artistic characteristics at the same time.

– Sui Jianguo: an excerpt from a speech delivered in the “‘Statue of the King’ Tian Shixin Thematic Sculpture Exhibition Seminar” in Shanghai in July 2010

“But personally speaking, it is impolite to say that Tian Shixin undoubtedly should be a great artist who deeply explores the localization of modern sculpture among the third generation of artists during the new era, rather than a contemporary artist. In the exploration of contemporary, although this piece reveals Tian Shixin’s own unique place, from which you can see Tian Shixin’s overlong artistic span – he can still leap to contemporary art even though he is near 70 years old, I still think Tian’s most important contribution to art is in the exploration of the localization of modern sculpture.”

– Shang Hui: an excerpt from a speech delivered in the “‘Statue of the King’ Tian Shixin Thematic Sculpture Exhibition Seminar” in Beijing in November 2009 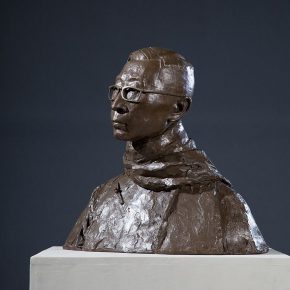 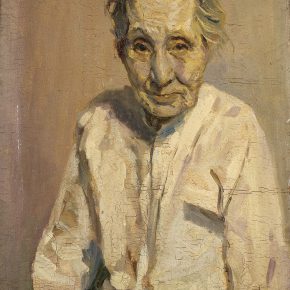 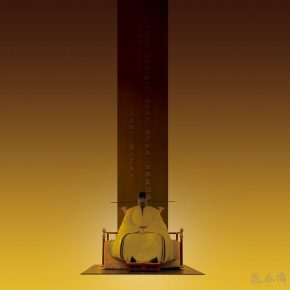 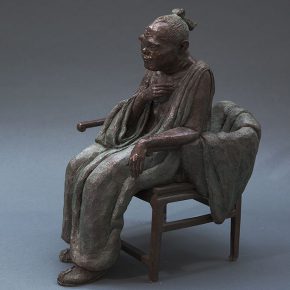 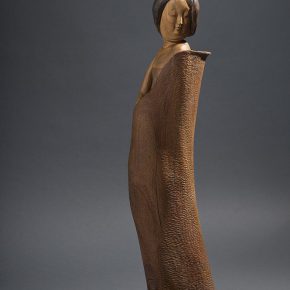 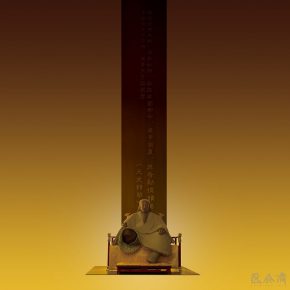 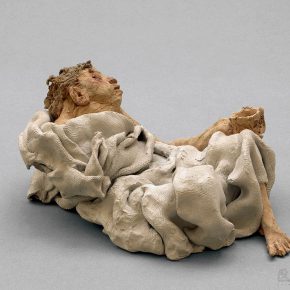