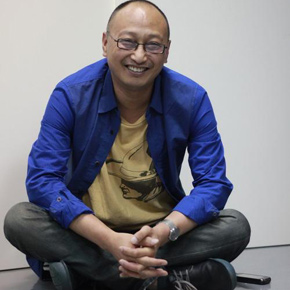 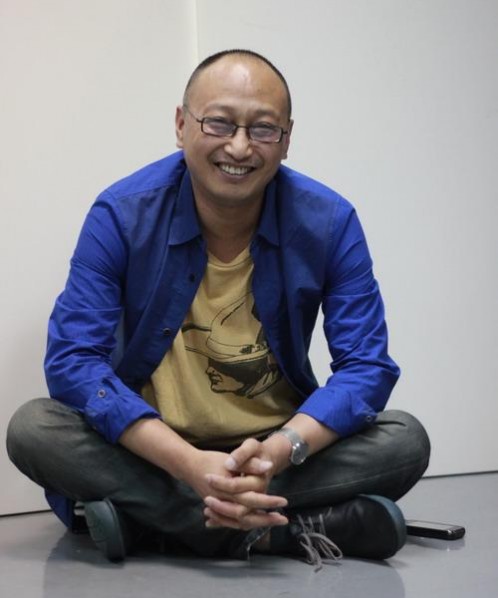 Feng Boyi (b. 1961, Beijing) is an eminent independent art curator and critic of Chinese contemporary art. After his graduation in 1984 from the Department of History at Beijing Teachers’ College (now Capital Normal University), Feng Boyi was assigned to work as an editor of The Artists’ Bulletin, an internal publication sponsored by the Chinese Artists Association, a government-controlled organization based in Beijing. In the early 1990s, Feng studied at the Art History Department of the Central Academy of Fine Arts, where he became involved in contemporary Chinese art. He was the editor of The Black Book (1994) and The White Book (1995), the first privately sponsored publication in China about contemporary art, published by Ai Weiwei. In 1996, he was one of the five organizers of “Reality: Present and Future”, the first show of contemporary art ever associated with the auction market (see auctions (art and antiquities)). He has been assistant editor of the Chinese Artists Association newsletter “Artist's Communication” since 1988. He has also edited and published numerous catalogues and papers on art and established the [http://arts.tom.com Artists' Alliance] a major online forum for contemporary art in China.

His first independent curatorial work was “Traces of Existence: A Private Show of Contemporary Chinese Art’ (1998), where local Beijing artists Wang Jianwei, Song Dong, Gu Dexin and others, and returned artists from overseas, such as Wang Gongxin, Lin Tianmiao and Cai Qing, had their first chance to exhibit in a semi-public space. In 2000 during the Second Shanghai Biennial, Feng Boyi co-organized the controversial show “‘Fuck Off”, which was ordered to close the day after its opening because of the presence of the photographic works of real baby corpses by Zhu Yu, Sun Yuan and Peng Yu. In 2002, “Beijing Afloat” was the opening exhibition of the inside a 400 m² division of Factory 798's main area. This was the first renovated space featuring the high arched ceilings that would become synonymous with Beijing's 798 Art Zone. The show drew a crowd of over 1,000 people and marked the beginning of the popular infatuation with the area. Group exhibition “Left Hand - Right Hand” curated by Feng Boyi, which showcased Chinese and German sculptors at 798 Space and Daoyaolu Workshop A, in 2003. Among the works was Sui Jianguo's enormous concrete sculpture “Mao's Right Hand”, which is just what the name suggests, and an example of modern Chinese art's ironic reflections on history.

Feng Boyi has been active and independent in the curatorialcircles of Chinese contemporary art for many years, with an experimental and critical attitude, and is respected by artists and organizations for his performance of a serious, specific and persistent style. As an important link to the Chinese contemporary art ecosystem, Feng Boyi experienced different stages with the “Wild” Chinese contemporary art, including the tough survival of the folk, which was gradually accepted by the official system, and the current hustle and fluctuant art market under the background of frequent interactions between capital operations and organization. In the late 1990s, underground Chinese experimental exhibitions were refused to be on display at the official art museums or art spaces. Feng Boyi was famous for displaying artworks in some unidentified spaces, such as the junctions of city and suburban, bookstores, uncultivated spaces of the real estate developers. On the other hand, the experience to show works in a non-exhibition space, inspired the imagination of an artist.

At the same time, Feng Boyi is good at planning a small exhibition on a particular issue. In his view, the curator should not propose to have the exhibition as large as Corps, a good curator is capable to “express the problems and curatorial concepts”. In addition to being an independent curator, Feng Boyi also serves in the Chinese Artists Association, which has not affected his independent judgment of art, it is “because discovering the problems in the organization system, I turn to work on the art of folk, which challenges the official art.” For his dual identities, Feng seems to be more peaceful when facing the struggle between “the orthodox” and “the edge”, he said: "Now the power of contemporary art in folk is growing, but the Chinese Artists Association is still the mainstream. The folk promote the Association. Therefore Chinese art has fusion and development.”

Since the 1990’s, Feng has planned and presided over some important exhibitions in China, such as the “Exhibition of Chinese Figure Painting in the late of the 1990s”, “Group Exhibition of Oil Painting in the Fall of 1993”, “Survival Traces: Observing Exhibition of Chinese Contemporary Art 1998”, “China Dream – Chinese Contemporary Art Exhibition 1997”, and “Platform – Youth Sculpture Exhibition 1998”, etc. Till today, he has witnessed several key shifts in the ecology of contemporary art and he has used his judgements and made choices and practices, in face of different situations and problems, recording these problems through a large number of exhibitions and text. Although currently, independence is generally concerned and questioned with the contemporary art world, Feng seems to be anything but gloomy, completing his programs with his unique alienation, sober, optimistic and flexible attitude and as for method, practicing the curatorial method of cultural relevance.

Feng has published widely on contemporary Chinese art. He tends to showcase what he believes to be natural and truthful in the artist’s presentation of issues relating to existence, cultural power, fashion, postmodernism within the context of contemporary Chinese culture. His publications include “The Name and Real of Figurative Painting”,“ Looking for a New Aesthetics of Correspondence”, “Thinking of Real aspect of Life”, “Reflecting the Burden and Vigilance of Culture”, and “Dilemma of Contemporary Arts”, etc.

2009 The Edge of Chaos: Works by Liu Qinghe, Shenzhen, China

2008 Don’t Worry About What I Do: Group Exhibition of Liu Dahong and Zhu Xinjian, Beijing Chenglexuan, Beijing, China