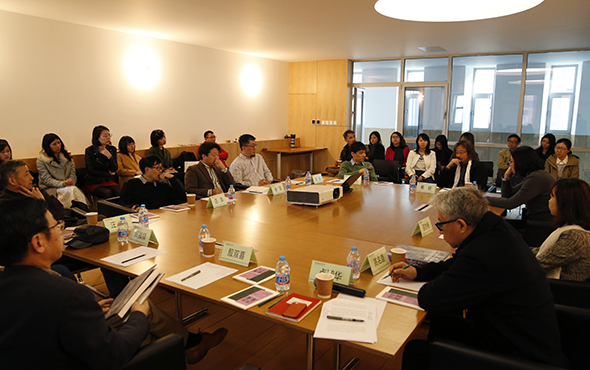 “Salon Salon: Fine Art Practices from 1972 to 1982 in Profile – A Beijing Perspective” curated by Carol Yinghua Lu and Liu Ding was launched at the Inside-Out Art Museum in early 2017, taking the artistic phenomenon as it happens in Beijing as the main perspective, through thinking of the specific appearance of the art phenomenon and the multi-level practices happening during that period while also considering the mentality of the artist and scale of the existing narrative in the history of art during the period of the political distortion. It also responds to “From the Question of Art to the Question of Position: the Echo of the Socialist Realism” series of studies in planning and thinking, to reflect the historical narrative and construction of “contemporary art” in China.

It is an exhibition that has made in-depth research on how the historical context, consciousness and logic affect the creation and writing of contemporary art. During the exhibition, a series of lectures and conversations have been organized in order to create an exchange and discussion on the topic extended from the subject. On March 18, 2017, “Emotion and Reason in History” series of lectures has held the second round at the Inside-Out Art Museum, sharing the results of the museum academia as well as the creations and research thoughts from 1972 to 1982.

Prof. Xu Jian, from the Department of History at Sun Yat-sen University focused on the study of museology and “Great Foundations: An Intellectual History of Early Chinese Museums” is an attempt to write the history of the new history of museums, responding to Duncan Cameron’s question in 1971: “Museum: is it a temple or a forum?” Thus exploring what movements and changes does the new museum have to make? How does it influence the writing of the history of the museum? As a temple, the museum is a treasure trove, offering cultural activities around pilgrimage, and the forum comes from the Roman amphitheater and public bath, which was actually a place to express their views. The rise of the new museum movement in the 1970s caused the plight of the mode of the old museum that lost the audience, and the museums change to intellectual production institutions from treasure houses, presenting two forms of new museum movements: the emergence of ecological museums and the changes of the existing museum collections and exhibitions have also led to the question of Steven Conn “Does a museum still need a thing?” For the debate of “temple – forum”, Xu Jian believes that it is not a selection in black and white, “the temple is outside the forum, and within the forum; the forum negates a temple, and also produces a temple.” In this context, the writing of the history of the museum is influenced by the theory of Foucault, the intervention of the concept of effective history and episteme influences the plural expression of the history of the new museum. In his speech, Xu also shared his completion and research on the museums of China based on his “structure of knowledge”, he considered that museums of different knowledge structures or categories formed a different collection structure even if they collect the same type of works.

“Salon Salon” exhibition takes the modern fine art practices in Beijing from 1972 to 1982 as an entrance to the observation, and the “Star Art Exhibition” was an unavoidable issue in this decade, there was a specific cultural environment and opportunities which occurred at this time while it also presented a slogan of “To Have a Political Democracy and to Have an Art Freedom” which also deeply influenced later modern art movements in China. The lecture and discussion invited the artist Huang Rui, who was one of the founders of the “Star Art Exhibition”, to share the specific activities at that time. He described the social and cultural background of the “Star Art Exhibition” in the form of pictures and documentaries, courses and activities, as well as the interesting things behind the exhibition, he reviewed the modernist-style works by the members of the Star Painters Association, including Ma Desheng, Wang Keping and so on, thus entering the historical scene again.

The academic activities unfolded in the form of a symposium in the afternoon, the scholars from the fields of art and culture, including Gao Minglu, Wang Hui, Yan Zhenduo, Huang Rui, Yin Shuangxi, Shao Yiyang, Lv Peng, Su Wei, Xu Jian and Yuan Jia attended a discussion on the artistic creation, writing and understanding at that time, the curator of the “Salon Salon” exhibition Carol Yinghua Lu and Liu Ding presided over the forum. At the end of the 1970s, it was a tide of change, a variety of artistic practices and different experiences, background and demands form an acculturation, which gradually ended in 1981. Times have changed, and how could I view the historical context, literary and artistic creation, as well as historical narratives of this period. Artist Yan Zhenduo shared the specific circumstances of the “New Year Exhibition” of the year, and critics and theorists recalled the writing experiences at that time, for example, Gao Minglu proposed how to distinguish the problems and significances between “modernity” and “contemporary”; Lv Peng was influenced by Foucault, Derrida and other thinkers and believed that “contemporary” was a crack of “essentialism”; Shao Yiyang through the study proposed that the borders between the official and unofficial were actually blurry in the 1980s and the 1990s, and whether when Chinese art applied the mode of “the Soviet Union” it became a problem waiting for “reproving”, whether impressionism or realism was the beginning of modern art? These academic topics are the specific cases for the writing of art history and historical situations, finally, Yin Shuangxi also shared the detailed study of the case of “Jiang Feng and the Fine Arts of the 1970s”.

Photo by the organizer/CAFA ART INFO 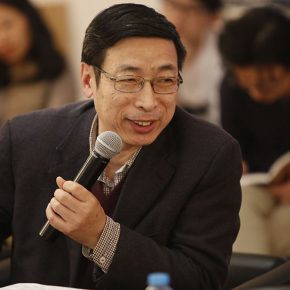 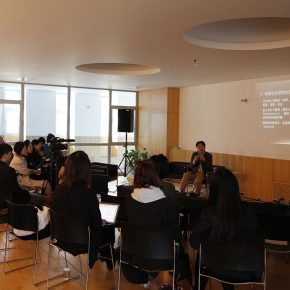 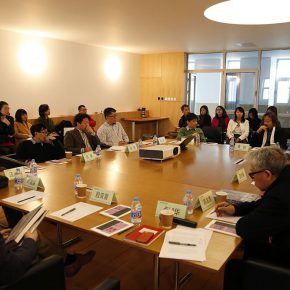 Boundary and Cross-boundary: The Youth Spirit of Waterprint Woodcut