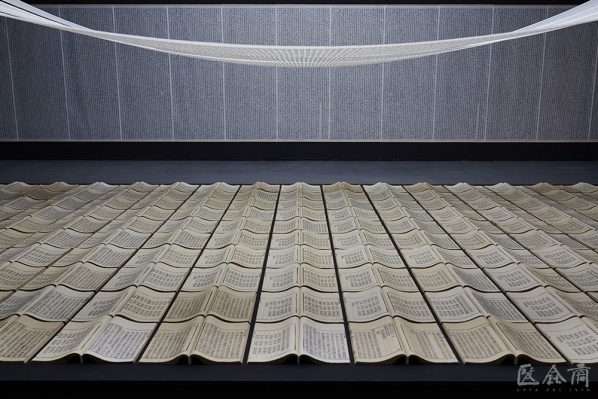 An integral member of the Chinese avant-garde since the 1980s, Xu Bing is known across the world for conceptual and installation art that engages with visual culture, media technology, and linguistic exchange. His work arises from a rigorous, theoretical foundation: he spends years researching topics like language acquisition, real and imagined writing systems, or surveillance networks, ultimately transforming his thoughts into artworks such as “Book from the Sky” (1987-1991), Ghosts Pounding the Wall (1990), “New English Calligraphy” (1994-present), “Background Story” (2004-present) or the most recent film, Dragonfly Eyes (2017). While continuing to reflect on traditional East Asian culture, he has also proven a vigilant and farsighted observer of the transformations that are occurring in contemporary society on a global scale. Xu’s layered, interdisciplinary approach is evident in his artworks’ multifaceted depth, offering viewers numerous points from which to explore.

This will be the artist’s most comprehensive institutional exhibition in Beijing, showing major works drawn from his artistic career since the 1980s. The exhibition is curated by UCCA Director Philip Tinari and independent curator Feng Boyi. Xu Bing, Photo Courtesy of the artist and www.scad.edu

Courtesy of the artist and UCCA, for further information please visit http://ucca.org.cn.