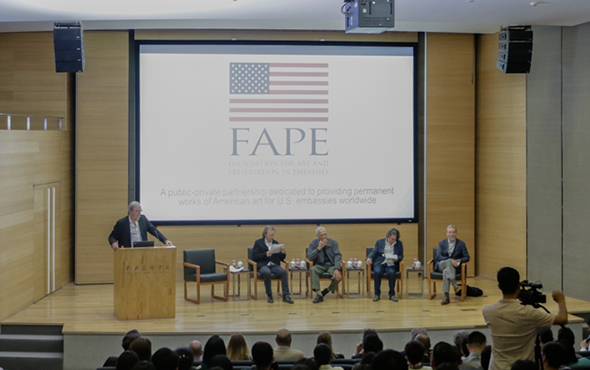 On the evening of May 7, 2018, the lecture Art and Architecture in the eyes of experts from China and the United States was held in the lecture hall of the Central Academy of Fine Arts. This lecture invited the following renowned artists, architects, and curators from the United States and China, including Robert Storr, Craig Hartman, Martin Puryear, Xu Bing, and Zhu Pei. Based on their working and creative experiences, these five guests discussed the relationship between art and architecture, the inspiration that stem from different fields such as engineering, design, geography, and art, as well as the process of getting inspired.

The first speaker Robert Storr is an American scholar, curator, critic, painter, and writer. He has taught at Yale University School of Art, the graduate center of the City University of New York, Bard Center of Curatorial Studies, Rhode Island School of Design, Tyler School of Art, New York Studio School, and Harvard University. In addition, he has also been appointed as Dean of Yale University of Art and a Senior Curator at the Museum of Modern Art in New York City. Mr. Storr displayed a series of Martin Puryear’s early works and his recent sculpture masterpiece Connecting (2018), concluding that Martin is not only an artist, but also an outstanding craftsman. Using predominantly wood in his early works, Martin, instead, chose other materials in Connecting, which contains a giant granite base and exquisite steel arcs that connect with each other using intricate metal parts based on complex engineering principles.

Craig Hartman is an American architectural design company SOM’s Senior Consulting Design Partner. He also participated in the design and presentation of Martin’s large-scale sculpture that was made for the embassy. Mr. Hartman commented that unlike artists, who we usually believe enjoy more freedom in their creation process, architects are often constrained by norms and principles. However, he understood that artists may also face various dilemmas and decisions with their creations. The final products that showcase seeming simplicity are in fact derived from breathtakingly complex conceptions. Regarding the connection between artworks and architectural space, he lectured on different images and stated that in such cross-disciplinary cooperation, architects provide space for artists to improve the public exhibition of their artistic creations. Instead of being randomly placed inside a building, artworks are arranged purposefully to find their appropriate position and thus impart the significance and power that they are endowed with.

Martin Puryear talked about the origin of this art project. Since it is an outdoor piece and wooden products are not durable in the open air, he abandoned the commonly used material, choosing, alternatively, permanent materials like stainless steel and granite to achieve a higher standard. Eventually, this piece was designed to be 31 feet high and its twisty space frame can be appreciated from diverse angles. Through the application of engineering principles and the perfection of structural details, sophisticated geometric shapes appeared, expressing the idea of freedom and circulation. Mr. Puryear hoped his audiences would empathize with the liberty and vitality conveyed by this piece even across the wall.

Xu Bing, Chairman of the Academic Committee of the Central Academy of Fine Arts, mentioned his long-term cooperative relationship with the embassy projects. His masterpiece Monkeys Grasp for the Moon (2001-2003) was originally created in commemoration of the sixtieth anniversary of Madame Chiang Kai-shek’s (Soong Mei-ling, 1898-2003) speech to the US Congress in 1943 and exhibited at the Freer Gallery of Art and the Arthur M. Sackler Gallery of the Smithsonian Institution in Washington D.C.. At that time, Xu was invited by both the Embassy of the People’s Republic of China in the United States, which is designed by the famous architect Ieoh Ming Pei, and the Embassy of the United States in China. Monkeys Grasp for the Moon is now presented in the US Embassy in Beijing. With the inclusion of the character “monkey” from twenty-one languages and the abstract disassembly and restructuring of the strokes, it represents the way people of different ethnicities and beliefs work and live together and share the one and only global village.

Zhu Pei, Dean of the School of Architecture at the Central Academy of Fine Arts, regarding Mr. Storr’s question of the relationship between art and architecture, responded that it is imperative to fathom architecture’s relatedness with art, especially with sculpture. Without enough knowledge of this cross-disciplinary association, artists and architects will be running two completely opposite trajectories. Architecture and sculpture, in his eyes, are always interconnected, analogous to the concept of nihility and existence in traditional Chinese philosophical concepts. To be more specific, architecture signifies a void or emptiness, whereas sculpture stands for substantial or materialistic. The former one underlines the experience of space, suggesting that what we perceive and use are the vacancy formed by the solid walls rather than their solidness. Conversely, sculptures are real entities that are easy to be visually captured. Therefore, sculpture’s being along with architecture’s nonexistence exemplify a kind of symbiosis. Nevertheless, depending on different contexts, the roles of architecture and art are interchangeable and both parties possess artistic characteristics. Seen from a distance, architecture becomes a sort of physical art; yet as people immerse themselves in sculptures like Martin’s Connecting, they will identify this type of art as architecture. Following the above viewpoints, Zhu summarized that architects, when collaborating with artists, should optimize the integration of artwork and architectural space. Architecture and sculpture are affiliated with art, though undertake different roles, both of them have varying degrees of freedom and restraint. 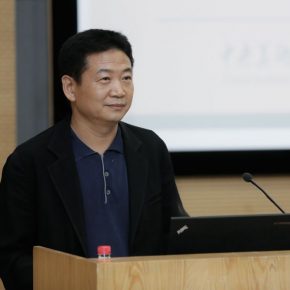 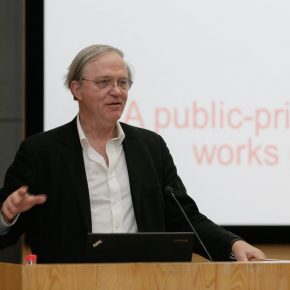 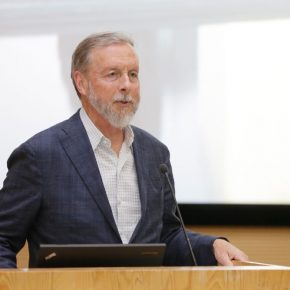 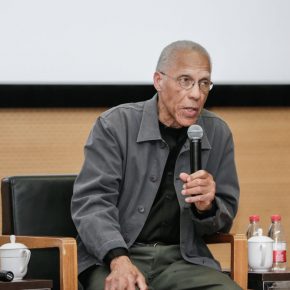 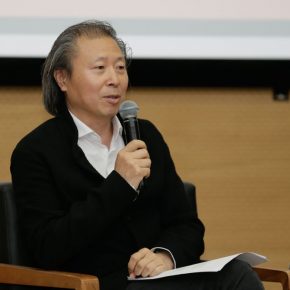 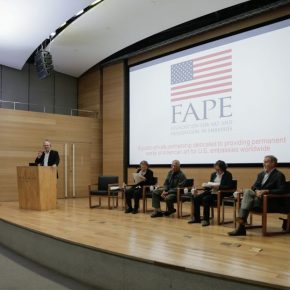 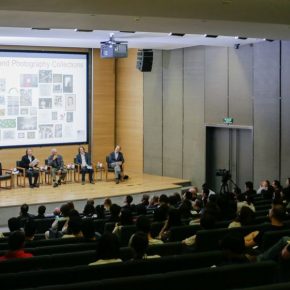 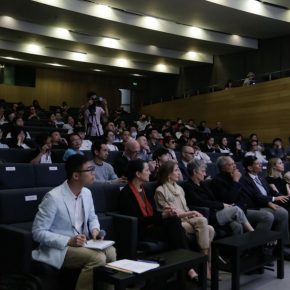