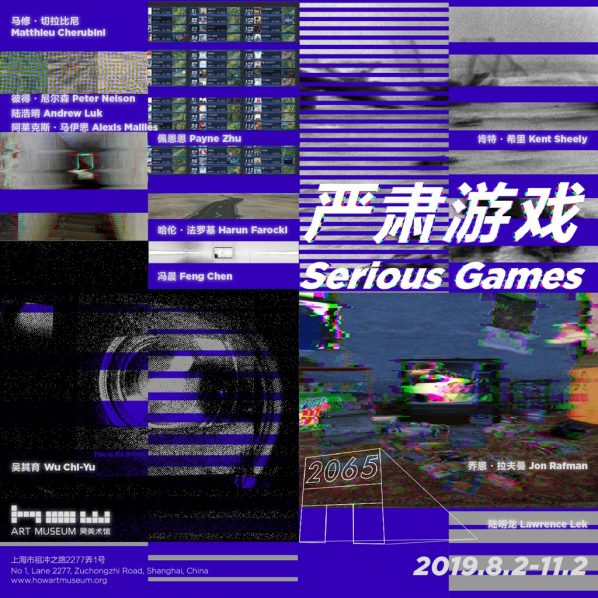 HOW Art Museum (Shanghai) announces that the group exhibition Serious Games will be on view from August 2. Serious Games will present works and projects of both artists and game designers, casting light on the historical development of video games as a form and image, the tension between the mechanism of eSport competition and players from a bio-political point of view, as well as the critiques of spacial politics, historical truth, and future conflicts within the context of video games. Moreover, the exhibition is not limited to present the works directly related to video games, and it also attempts to extend the boundaries of people's notions of game by showcasing works from different perspectives.

In 2003, a game named Day of Defeat (DoD)was launched and soon became one of the most known video games centering on the theme of WWII. DoD was based on Half-life, a first-person sci-fi shooter game published in 1998.

In 2001, the 9/11 attacks occurred. Two years before this, Counter-Strike, also a video game based on Half-life, was published.

In 1944, Chinatown Fair opened on top of a restaurant in Chinatown, Manhattan. Following the birth and development of arcade games, it became knowns as “NYC's last great arcade” in the 1970s, witnessing the birth of the first batch of professional arcade players on the East Coast.

In 2011, due to the decline of arcade, the Chinatown Fair Arcade was closed. Ten years prior to its shutdown, the first World Cyber Games was held in Seoul, South Korea.

In 2015, a game called Kings of Glory was published in China and launched its own professional league in the following year.

“Nothing is more serious than the game.”

When Lefebvre wrote down this sentence in 1965, he certainly was not referring to video games, let alone the concept of "serious games”.

As an ancient form of human activity, games have been undergoing drastic changes under the development of science and technology. Until the era of video games, its unprecedented connection with daily life has opened up new possibilities for cognitive space, images and life forms. It has even launched challenges to the present and future way of people's existence. However, in stark contrast to the radical evolutions of the contents and forms of video games and its enormous number of users, games have not yet received enough "serious discussions" because of its natural connection to entertainment.

"Serious games" refer to video games not only for entertainment purposes, but also applied in fields such as education, medical care and social management, etc. Hence, such games are generally referred to as “applied games”. However, the exhibition, Serious Games, doesn't intend to make the distinction between "serious" and “entertainment”. On the contrary, the exhibition seeks to break the stereotypes surrounding video games, trying to investigate video games within the context of the current political dimensions where lines are blurred between machines and human beings, reality and virtuality.