Open Codes brings computing and art together in various ways. It is a new form of assembly, combining practical knowledge of computer code and critical artistic approaches in a single venue. The project seeks to empower its participants to regain access to reality through instruments of thought and to reflect on the genealogy and current social impact of digital code, computer programming, and software.

The current iteration of this project at the Chronus Art Center focuses on the affective resonance of algorithms and the reciprocal, perceptual entanglements of computational simulacra and physical reality. The ability to navigate the world of code, hand in hand with digital literacy, are essential to contemporary society in the age of planetary-scale computation, especially when algorithmic agents are designed to influence public opinion.

Virtual software agents, colloquially referred to as bots, run mostly repetitive tasks at a higher speed than humans ever could. Some specialize in conversations on online platforms, where they are programmed to act like regular people. Social media bots are a product of the new economies of visibility and currently make up more than half of online traffic. Some bots can learn from us; others can spider the web to index content; further ones strive to alter our mindsets and are used in political campaigns, and others maliciously litter inboxes with spam.

The world bot derives from “robot”, first used by Karel Čapek in his 1920 science fiction novel, to describe a fictional humanoid. Robot became known as a word for autonomous machines, capable of carrying out complex tasks, that can be forced to work, as the meaning of the Czech word ‘robota’ suggests. Robots, whether with or without a built body, are meant to provide services, much like the natural language conversation program, ELIZA, described by Joseph Weizenbaum in 1966. This early chatbot was in some users’ opinion a better psychologist than its human alternatives. A couple of decades later virtual assistants, like Alexa, are not only capable of chatting, but of accomplishing more complex tasks, and are now as mundane as a hairdryer in certain parts of the world.

Countless experiments and actual applications of binary-based human substitutes are now in use. Despite their advantages, these tools come at a price –the seamless operation of a virtual assistant obscures cumbersome human labour. Chatbots aggregate knowledge from their conversations with users, who do not necessarily represent society as a whole, thus their statements often repeat racist or sexist opinions and may reinforce the kinds of social exclusion they have been fed with.

Whether they play music, mine bitcoin, or chat with us, the bots’ influence grows. As a consequence of this development, we might ask if we are becoming bots ourselves? As we sit ina stylish co-working space in front of a computer, bots are influencing our decisions. Algorithms numb human agency to a shocking degree, with inevitable implications for perception, memory, and social interactions, whether with bots or among ourselves. Human dependency on computation has become mutually reinforcing on multiple levels, going beyond binary oppositions.

The exhibition includes artworks based on computer code, as well as artworks that reveal how deeply such code has penetrated our lives, societies, geopolitical situations, fiscal systems, labour conditions, infrastructure, environment, and even the perception of our own source code, DNA.

With the aid of around 20 works by artists and programmers, the exhibition presents the world of digital code and its future influence in eight sections:

These key terms form an imaginary map, which serves as the grounds for understanding the world we inhabit.

From an algorithm that turns the latest media headlines into artistic concepts (DISNOVATION.ORG: Predictive Art Bot, 2017), to the anatomy of a particular AI system (Kate Crawford, Vladan Joler: Anatomy of an AI System, 2018), or a resurrected chatbot, sharing its life story (Zach Blas, Jemima Wyman: im here to learn so :)))))), 2017), artists analyze contemporary realities, in which human and algorithmic agency are interwoven.

A neural network, a type of artificial intelligence application, was used to depict a machine’s assumptions of how people would think a machine would interpret the mind (aaajiao: bot,, 2017-18). Algorithms construct identities in manifold ways, not just by infiltrating perception and memories, but through their presence and absence in certain geopolitical situations. In the project The Net Wanderer, the artist explores the connection between the critical network gateways in China and the infrastructure running these gateways (GUO Cheng: The Net Wanderer. A TourSuspended Handshakes, 2019).

The discourse of the exhibition is laid out as an architectonic parcours to offer visitors the opportunity to use the workstations for independent creative activities. The spaces of Chronus Art Center bear multiple functions: the exhibition halls display artworks, but are also available for events, workshops, meetups, and lectures, as well as independently browsing Open Codes’ thematically curated library.

The Shanghai iteration of the project was partially devel- oped in collaboration with the Central Academy of Fine Arts, East China Normal University and Tongji University, as well as with hacker and maker spaces. Selected student works will be presented throughout the duration of the exhibition. The exhibition is generously supported by Vitra. Public programs related to the exhibition are supported by Pro Helvetia Shanghai, Swiss Arts Council and swissnex China.

Open Codes. Connected Bots is a satellite exhibition of Open Codes at the ZKM | Centre for Art and Media Karlsruhe, Germany, which ran from October 20, 2017 to June 2, 2019. 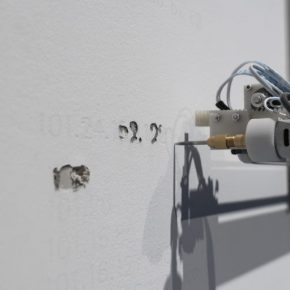 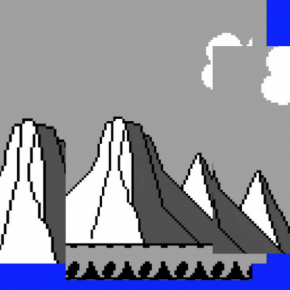 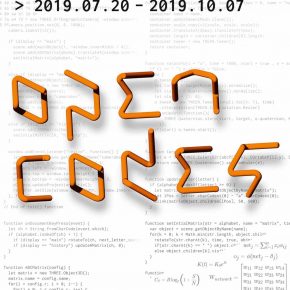