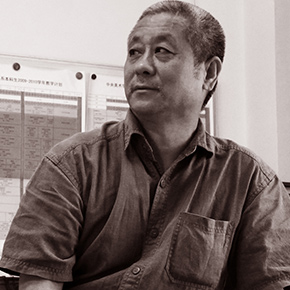 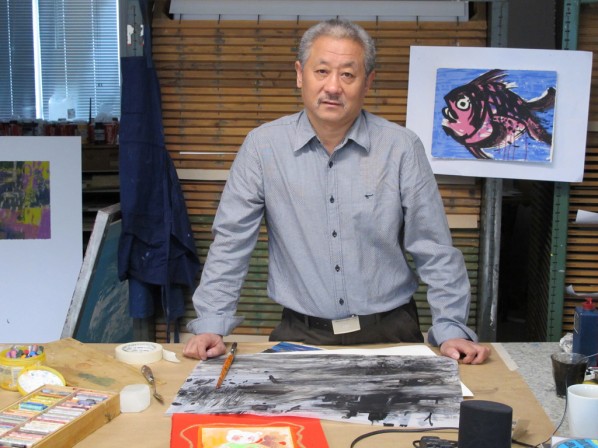 My History of Art

I graduated from the Central Academy of Fine Arts in 1978 and I have been teaching here from then on, at that time there was no serigraphy, except for relief, intaglio, and lithography. So I began to study “serigraphy”, and I has learned it by myself though there was a shortage of material and information. At that time, the materials of serigraphy were toxic, making it a dangerous job, what the initial serigraphy studio at CAFA was eventually set up to do, to be the first serigraphy studio in China. Then I established a training course, where teachers from the art colleges across the nation gathered for the study of serigraphy, serigraphy gradually become popular in the country. Later I found a British water-based pigment printing, today, the plate for serigraphy, printed materials are harmless and environmentally friendly, and quite mature in both the technique and art, and keep up with woodcut, etching, and lithography, filling up the missing types of printing in China.

I was a “newcomer”, groping in the path for the creation of serigraphy, the early works of serigraphy “River at Night”, “River in the Morning” left traces of woodblock overprint, then I found a new way. I pursued a distant, peaceful, and quiet beauty in the artistic conception of painting. It is a set of exploratory creations of serigraphy, within “River in the Morning” was the collection of the British Museum, while “River at Night” won an award at the exhibition for celebrating the 35th anniversary of the founding of P.R. China. The experimental “attack” benefited from the rise of modern art in China, and promoted the expansion of free space.

With deepening reform and opening up, I started to create a series of serigraphy where Chinese royal architecture, served as the subject, entitled “Ancient China Series Group Paintings”. Then I chose royal buildings as the theme because I believed that, buildings are monuments without any words, unavoidable to anyone, reflecting the history, culture, and economy. By borrowing buildings, I narrated and expressed the understanding and reflection of traditional Chinese history and culture. I tirelessly alternated with the familiar semiotics, civilized fragments, symbols of the power of the old imperial system. The old buildings coming out of the depths of history, not only manifesting a heavy sense of history, but also a symbol of a spiritual loss, at that moment such a heavy topic was easily spatial and even illusive with the spatial division which was beyond time and space, beyond reality.

In the early 1990s, I was invited to study in Madrid Academy of Fine Arts in Spain, as a visiting scholar, and touring Europe, seeing a variety of arts while abroad, to have a deeper thinking of the cultural differences between the East and West, after returning to China, I created the “Wall” series, which was a continuation of “Ancient China”. I had extracted a part from architectural paintings which were structures of lines like the “Yingzaofashi/ Ancient Chinese Architectural Design” from the buildings’ shapes, to meet it, allowing the spectators' experience and acknowledgement to sway in between the rational and irrational situations, that were swaying in between reality and ideal, thus a historical time and space was profiled.

In the late 1990s, I created a series of works including “A Chimney Flowing Red”, “Paper Ball Rolling on the Steps”, “Grey”, “A Paper Crane’s Flying in the Hutong”, “White Egret”, “Blue Bicycle in the Hutong”, etc., which reflected the nostalgia and memories to the Hutong and courtyard in old Beijing, which was facing demolition, the old houses, courtyards and Hutong were on the verge of demolition, the things that I was accustomed to in my life, were going to disappear, which greatly shocked my emotional world. The subconscious brands inspired me to retain them as artworks.

I created the “Tide” series in about 2000, sometimes, we can’t deny the trend. Because there was a trend in the market, the rise of networks, people were mentality impetuous, I chose “Tide” as the title, because the tide meant a modern trend, and of an impetuous, hectic feeling. There were images of people doing Tai Chi, a running dog, nets, stars, chaotic cables, etc.

In recent years I have created the “Life” series, “Role” series, “Fish” series, where fish play a main role, which was inspired by “Sea is the Home for Fish, Sky is the Home for Birds”, a sentence by Hong Yingming in the Ming Dynasty. Fish is a society, a world, on the screen there were little fish eaten by big fish, fish falling into the trap, fish were laughing, fish were running… in fact, I borrowed the fish to express the attention to human, revealing the essence of human existence; to express attention to society with the use of the image of fish, asking questions, understanding life, this series is of my memories of the past and the record of the contemporary, entrained personal experiences.

I can’t change the world, but I can affect and record the world. 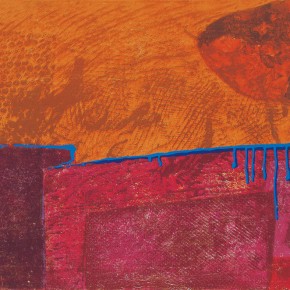 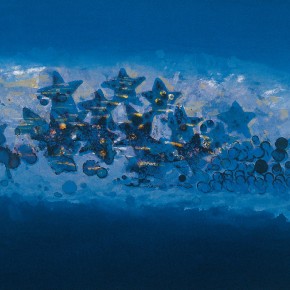 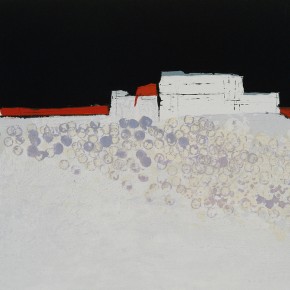 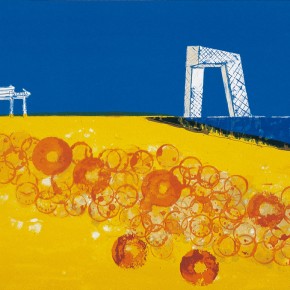 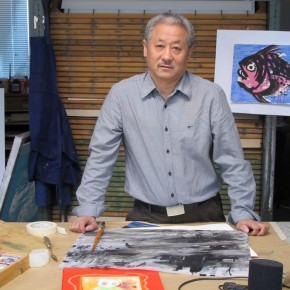