Actually among the venues of contemporary art, Today Art Museum is completely different from traditional museums which emphasize on classic aesthetics and collect works that have become formulated aesthetic mode worthy of admirations and researches. However, museums of contemporary art initially arouse people’s thinking through a kind of academics, an exhibition or an activity, then urge them to improve themselves and get perceptions during these processes. 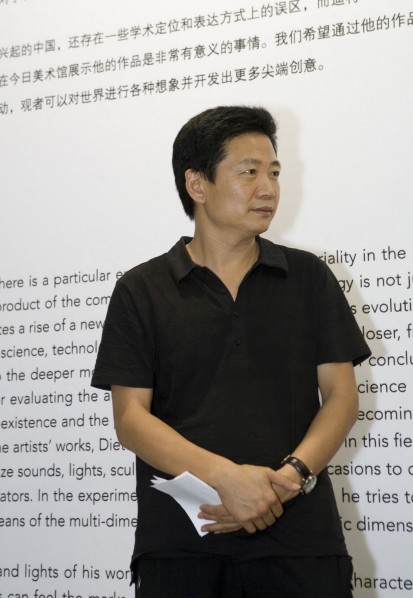 Zhang Zikang was born in 1964 and graduated from the Fine Arts Department of Hebei Normal University in 1989. Zhang was invited in early 2004 to helm the Today Art Museum, which was founded by real estate developer Zhang Baoquan in 2001 and  widely recognized as a leader among the country's private museums of contemporary Chinese art. Zhang Zikang still works there and is hailed as “a key supporter and promoter of contemporary Chinese art”. After 2009, he also works as the director of Research and Promotion Center, Chinese National Academy of Art and the president of Culture and Art Publishing House.

Zhang Zikang( from left, the second one) with International Artists

1985.9–1989.7 Graduated from the Fine Arts Department of Hebei Normal University